Welcome to another chapter of my Album of the Year 2018 top 30 countdown. Today, it’s my pick at number 4, the placing that would have the recipient groaning if they were a competitor at the Olympics. But this isn’t the Olympics, it’s much more important than that! This is the greatest ever annual top 30 countdown, ever…possibly. Those who know me, know that I’m not even close to being serious on that, but I like to think that a few people take heed of my placings in these series.

Anyway, enough prattle from me. There’s just time to remind you that, as always, if you’ve missed any of my previous posts, you can head down to the bottom of this post to check out the links for numbers 30-5. If you’re new to this series too, I hope you find something within this list that’s either new or exciting.

I’m sure that there are some of you out there who might baulk at the very idea that such an album as this could possibly feature so highly within my 2018 Album of the Year top 30 countdown. Well, you’d better believe it, because it’s the reality. And there’s one very good reason for it: ‘Earthrage’ is one hell of a brilliant album. Yes it isn’t metal, but when the music is this good, who cares?

At this stage of the countdown, much of my decision-making comes down to the way in which the music makes me feel and what it does to me. Up until now, there has been a lot of music that is best described as bleak, dark, morose and sombre. And I love all that, I really do. However, there are times when I need something just a little different. I need something more upbeat, more uplifting, more fun. And that’s where my love of melodic hard rock comes from. Like everyone, I have guilty pleasures which I’ll not admit here (*cough* Elton John & Lionel Ritchie *cough*) but I don’t feel in the slightest bit guilty or embarrassed for my love of melodic hard rock. When done well, it can be one of the most uplifting and life-affirming types of music out there.

Enter W.E.T. Here is a ‘supergroup’, put together by the Frontiers label and for once, the magic is there for all to hear. In fact, it is very nearly the perfect melodic rock record – crunchy, melodic, epic, hard-rocking and with a swagger that you can’t ignore. I suggested at the end of the review (below), that ‘Earthrage’ might be dangerously close to being my all-time favourite melodic hard rock record, eclipsing W.E.T.’s self-titled debut. I’m still debating it, but I’m closer to believing that this may very well be true. Yup, it remains that good! 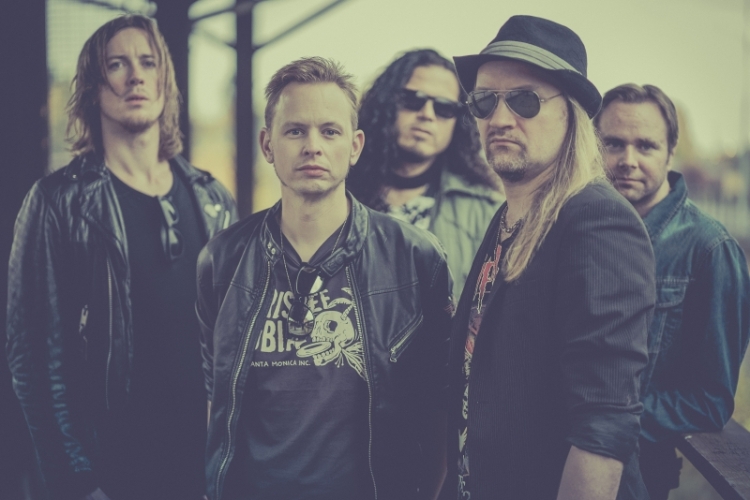 Somewhat unsurprisingly, my answer to all these is ‘yes’. And even more unsurprisingly, W.E.T. deliver on every single one. But they don’t just deliver on these, oh no. With everything else going on in their careers, like new Eclipse, Work of Art and Sons of Apollo records, it would have been easy for these guys to take it easy or take their eye off the ball completely. The reality couldn’t be further from this possibility however. Instead, on top of all of the other facets listed above, they also manage to make the music on ‘Earthrage’ sound fresh, vital and relevant to 2018. How the (insert expletive of choice here) do they do it?

…they have an innate understanding of what makes a great song. One album could be considered a fluke, but without even considering their primary bands’ material, ‘Earthrage’ is the third record in a row to produce top drawer material. That’s not luck. That’s skill and plenty of it.

… ‘Earthrage’ is a collection of eleven new songs that all hit the mark. And when I say all, I mean all. There isn’t a weak link, a duff track or a disappointing moment to be heard across the entire album. The whole disc from start to finish is a pure, unadulterated masterclass in how melodic hard rock should sound. Or, perhaps more accurately, it’s a masterclass of how I want melodic rock to sound.

I’m not sure what else there is to say about ‘Earthrage’. I’m pretty sure, even at this relatively early stage, that it is W.E.T.’s best album to date and right now it is fighting hard to be my personal favourite melodic rock record ever. Time will ultimately tell on that score, but regardless, as I sit here now, ‘Earthrage’ is damn close to being a perfect record. I love this band!”