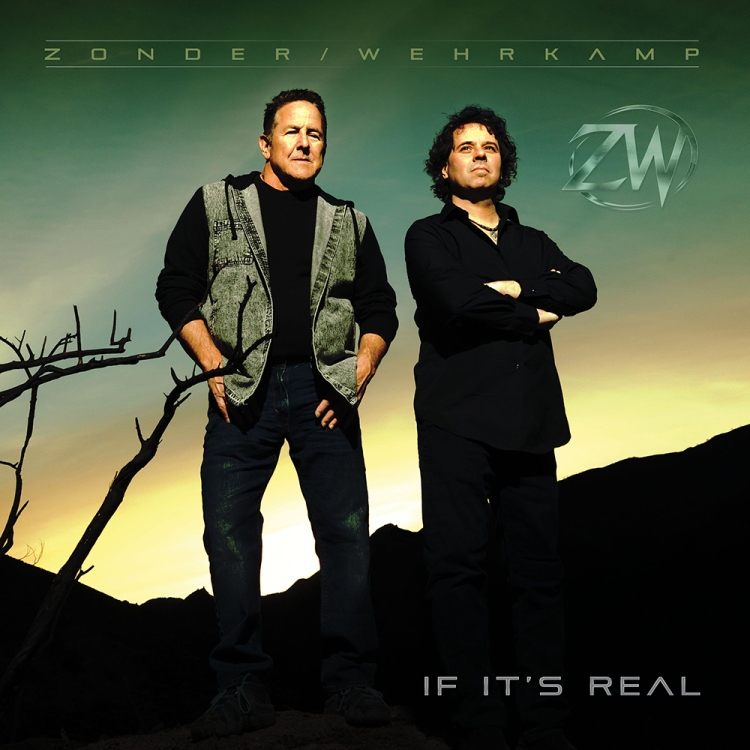 I’m a huge fan of Shadow Gallery, so when I get a message from none other than Gary Wehrkamp, multi-instrumentalist and songwriter with one of the best progressive metal acts to come from the US, I listened. As it turned out, he was tipping me off about his new project and offering me an opportunity to review it. That project happened to be this, known simply as ‘ZW’, so named because Wehrkamp’s partner in crime for this project is Mark Zonder of Fates Warning fame. So, put simply, we have a marriage between two of the very best musicians within US progressive music. High expectations? Yes, just a little.

I had every intention of penning this review a few months ago around the release date. However, two factors prevented me. Firstly, I was firmly still within my writing funk and try as I might, I couldn’t find the words to commit to paper. Secondly, after a single spin, I realised that this was not going to be an easy listen, especially given the events in my life over the preceding few months. As becomes very obvious, ‘If It’s Real’ is a record of introspection, exploring some of the darker of the human emotions through the prism of poor relationships and general inner turmoil. I listened to this disc a fair few times with the intention of a review but it became too difficult to listen; the more I dissected the lyrics and the terrifying imagery via the accompanying music videos, the harder I found it to keep things together. I therefore backed away for what I hoped would be a temporary period.

Today, I’m in a much better place and of late, have found the strength to press play once more on ‘If It’s Real’.

And that’s a very good thing because as tough an emotional listen as it is, this is an undeniably excellent record worthy of attention. As Wehrkamp was at pains to point out, this isn’t a metal album, but when you put two minds of this musical magnitude together, it is almost impossible not to create a little bit of magic whatever the genre. This, right here, is the proof.

Aside from the odd heavier and more abrasive track, such as the excellent ‘Two Years’, ‘If It’s Real’ is more prog rock at its heart, with inevitable echoes of Shadow Gallery and Pink Floyd at points, albeit generally more stripped back and concise in many respects, not least the song lengths themselves which generally hover around the four minute mark. The latter influences can be heard, for example, within the opener, ‘I Can’t Believe’, whilst the lead guitar breaks and general guitar tones of several tracks, not to mention the intro to the title track, will delight fellow Shadow Gallery fans.

It is tricky picking out favourite tracks, but I love the piano and acoustic guitar work within the emotional yet more upbeat lyrical content of ‘It’s Not The End’, which opens up with a moving conversation between father and son that gets to me almost every time. Equally beautiful and tear-inducing is the closing piano-led track, ‘Goodnight’.

I have to be honest and admit to not entirely knowing how much I will be able to listen to this album going forward. Musically, I really enjoy it because it is a sophisticated and intelligently-created body of music. But it is genuinely difficult hearing Gary Wehrkamp sing the lyrics he does here because it is clearly not entirely a work of fiction, with plenty of the content drawn from personal experiences. I hope that the exercise was a cathartic experience for him, but as a listener who can relate to certain aspects of the words, it remains a demanding listen even if I’m personally mentally tougher than I was when the record was released.