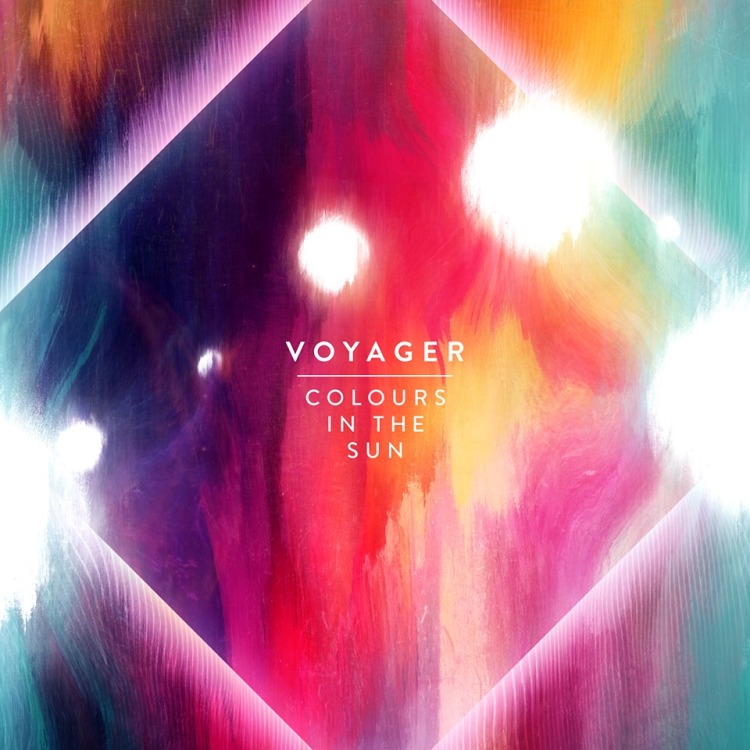 Album Title: Colours In The Sun

When I reviewed Voyager’s last studio release, ‘Ghost Mile’ in 2017, I remarked that I had never had the pleasure of seeing the band live on stage. Fast forward two years and I am delighted to say that I have righted that particularly gaping hole in my gig history, multiple times over. I had heard it from trusted sources that this was a band that put on an incendiary performance each and every time they went on stage and I can now attest wholeheartedly to the truth of that statement.

I can also confirm that the gentlemen and lady within the band are some of the nicest, most down-to-earth and humble musicians I have ever had the pleasure to meet. That last comment doesn’t make this review any easier, however. As someone who prides himself on offering reviews that are unbiased and honest reflections of what I hear, it is incredibly difficult to remain objective when you like the artist/s so much as human beings.

Hopefully, by now, regular readers will sufficiently trust my impartiality and know that what follows is as genuine a summary of this record as possible and not an exercise in either a) getting my own back on our Antipodean cousins for stealing the Ashes for another few years (mind you, we won the recent egg-chasing game) or b) blowing smoke up the backside of five people who I like and desperately want to succeed in this godforsaken business.

I first had the pleasure of hearing ‘Colours In The Sun’ (American friends, please note the correct spelling of ‘colour’!) in the basement bar at ProgPower Europe 2019. It was something of an impromptu advance listening session, but it quickly turned into a party that threatened to drown out the music. I decided to reserve judgement. When it became obvious that this festival had reignited my enthusiasm and inspiration for writing about music, I obtained a stream and have been listening frequently ever since.

On a first and then a second initial listen, I will be brutally honest and admit to feeling somewhat underwhelmed by the album. It was perfectly fine, but it didn’t hit me in my special areas in the way that I had hoped or that I had come to expect over the course of the past few albums.

And yet, somehow, I found myself quietly gravitating towards it when I found myself pondering over what to listen to. I hate streaming music because I’m constrained in my listening, forced to listen at home only, unable to take it with me on the daily dog walks or in the car. But nevertheless, it found its way into my ears and, over time, into my heart.

Why did I ever doubt this incredible juggernaut of a band? They have proved over the course of the past six albums that they are incapable of writing substandard material and the same can be said of this, their seventh studio release and first for Season Of Mist.

Give them the time that these compositions need and vocalist Daniel Estrin, guitarists Simone Dow and Scott Kay, bassist Alex Canion and drummer Ashley Doodkorte come together like a well-oiled machine to prove to you that they have lost none of their magic. In fact, like a fine wine, they seem to get better as they get older. It will be hideously difficult to top the magnificent ‘Ghost Mile’ or the equally brilliant ‘V’ and ‘The Meaning of I’, the album that brought this Western Australian band to my attention in the first place. However, the more I listen, the more I’m convinced that it is just as good as these aforementioned records. Better? Only time will tell, but regardless, ‘Colours In The Sun’ is another cracking album to add to an increasingly impressive back catalogue.

Since my return from my self-imposed hiatus to focus on my little girls, I have tried to be more succinct in my reviews. But it is proving to be tough here. Ok, it’s proving impossible. Let me explain why…

‘Colours In the Sun’ kicks off with ‘Colours’ which features a synth intro that would be as much at home in a Magaluf or Ibiza nightclub as on a metal record. However, the undeniably upbeat, euphoric intro soon gives way to a powerful riff that continues to build on the energy created in the opening section. Daniel Estrin’s unique vocals soar across the sonic palette with serenity and panache, whilst the quieter verses provide a counterpoint to the anthemic chorus. The churning, djent-y riffs make an entrance, offering quality headbang fodder but the track never sits still long enough to pin down. It’s the musical equivalent to a child on Christmas Eve, a bouncing, vibrant song that contains enough energy to light a small town for a week. 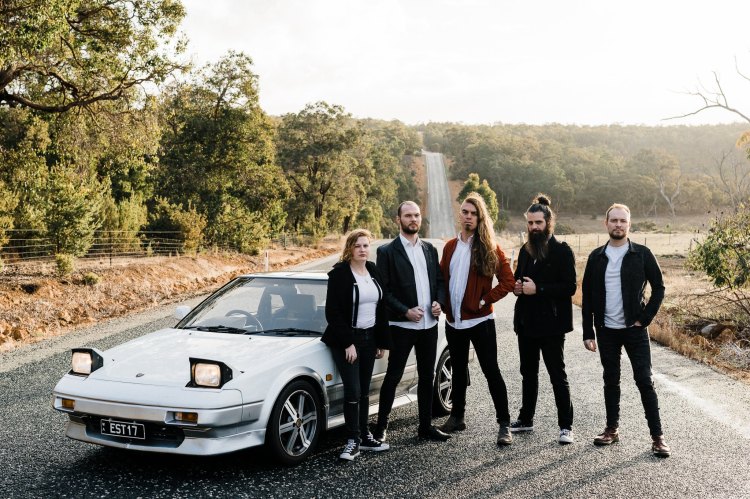 Up next is one of many growers on the album, ‘Severomance’. The riffs are great and the more subtle chorus is one that sneaks up on you the more you listen to dig its claws in. I’m a sucker for a lead guitar solo, so I love the addition of one here, as well as the way the song ends in a breakneck flurry of frenetic intent.

‘Brightstar’ also opens up with a vibrant synth melody, soon joined by Estrin’s smooth vocals and Doodkorte’s subtle drumming. The central melody is a thing of beauty, leading to a sprawling chorus that dominates the song, but in a masterful manner. The expressive lead guitar notes that echo Estrin are a lovely touch too.

The only way to describe the opening to ‘Saccharine Dream’ is elegant and serene. The riffs that emerge however, are almost even better, as is the playful slap-bass from Alex Canion that accompanies the seven-string power. ‘Entropy’, despite featuring the normally tortured vocals of Leprous’ Einar Solberg, is a cracking tune with an upbeat feel to it, with a chorus that grows from an initial ‘meh’ to ‘ooh, yes’. The instrumentalism in the second half from all corners of the band only serves to underline just how talented the entire band is, with bass and drums pricking my ears the most.

The Vaudeville style intro to ‘Reconnected’ segues cleverly into a bruising double-pedal-led metal workout. Growled vocals and an undeniable extreme metal sheen further serve to unashamedly underline the metal credentials of a band that could easily, but erroneously, be dismissed as a fluffy 80’s pop metal-lite band. The riffs and attacking intent demonstrate that nothing could be further from the truth. Yes, the melody is important to Voyager, as is the pop influence, but make no mistake, they are a bona-fide metal band.

‘Now or Never’ is something of a 90-second Oriental-inspired palette cleanser that allows Estrin to shine before personal favourite ‘Sign of The Times’ enters the fray. The central melodies of this song loom large and remain lodged in my head hours after the record has ceased.

I’ll admit to not liking ‘Water Over The Bridge’ on a first listen. I felt that it didn’t really go anywhere and petered out to a close never fulfilling its potential. However, the more I have listened, the more I have been proved thoroughly wrong. The track is dominated by Simone Dow and Scott Kay’s stomping, churning groove-laden riffs but with time, the subtle melodies emerge and work their magic. Suffice to say that one of my least favourite songs has become one of the best on the record. And how anyone can listen without banging their head, I’ll never know.

Last up is ‘Runaway’ and, in classic Voyager style, it is a track that sounds both euphoric but also strangely wistful and vaguely melancholy. Just like ‘Summer Always Comes Again’, it has a bittersweet edge to it as it draws another monumental album to a close via a beautiful chorus and a wonderful keyboard solo that fits the track perfectly.

Every time ‘Colours In The Sun’ ends, I find myself thinking ‘what? Already?’ I concluded my review of ‘Ghost Mile’ by referring to that record as a ‘stealer of time, a thief of moments’. I rather like that line and I’ll take any excuse to reuse it. However, I find it hard not to think very similarly about ‘Colours In The Sun’. Every time I listen, time seems to speed up and before I know it, the better part of 45 minutes has passed. But more importantly, it has passed in a blur of utter enjoyment, of gratification and in the company of some of the best music I have heard this year. Who cares if it was a slow burner, I got there in the end!

Kudos, Voyager, you fantastic bunch you – I salute you for creating yet another near flawless release.