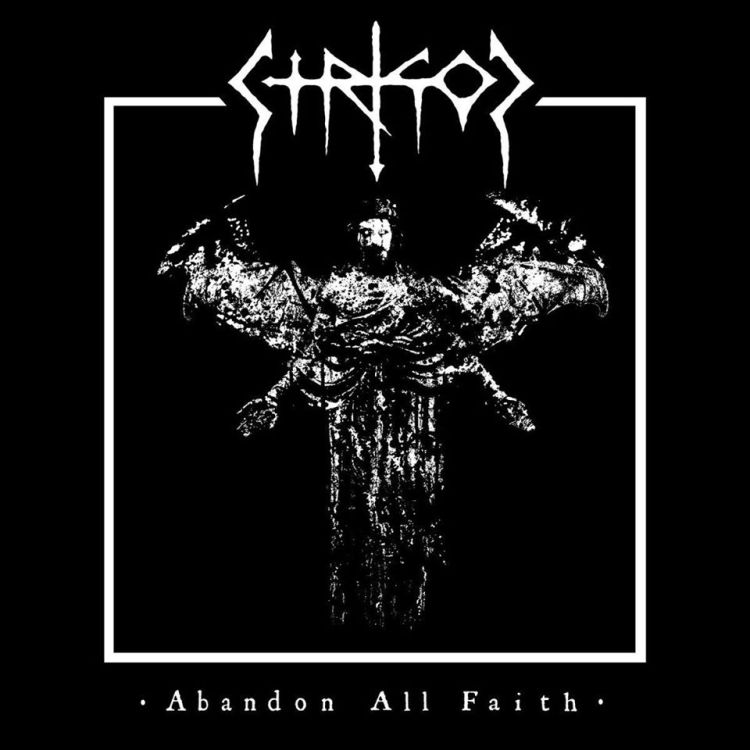 From the very first depraved and hauntingly ominous notes of ‘The Rising Horde’, there is no escaping the fact that ‘Abandon All Faith’ is a sinister and evil affair, even for the world of extreme metal. It is a trait that continues throughout the album, and so, if you’re looking for something altogether more upbeat and less extreme, I suggest you search elsewhere.

Before continuing, allow me to take a step back, pause for breath and provide a little bit of much needed context to this record.

Strigoi are, according to Romanian mythology, troubled spirits apparently risen from the grave. And it is also the apt name given to the latest endeavour by Paradise Lost’s left-handed axe-wielder Gregor Mackintosh. Vallenfyre was a much more personal and cathartic endeavour, providing Gregor with the vehicle to confront and deal with the grief associated with the death of his father in 2009. Created almost immediately after the cessation of Vallenfyre, it feels like Strigoi has been created to scratch a very different itch indeed.

Those familiar with Paradise Lost and Vallenfyre, will be aware of their death metal roots and the fact that Gregor Mackintosh has always had a love for underground extreme metal in general. So it comes as no surprise to reveal that the twelve tracks that make up ‘Abandon All Faith’ create some of the most downright nasty, filthy and uncompromising music I’ve heard this year, perhaps even longer than that if truth be told.

Strigoi is essentially a duo that comprises Mackintosh on guitar and vocals, with Chris Casket (ex-Extreme Noise Terror and Vallenfyre) on bass. According to the press release, Mackintosh enlisted the help of Paradise Lost colleague, Waltteri Väyrynen with the drums in the studio, but he is not envisaged to be a full-time member of Strigoi. Regardless, it is difficult to say anything other than the pairing of Mackintosh with Casket is a good one and with ‘Abandon All Faith’ they make a rather wonderfully disgusting noise together.

The DNA of Strigoi is a death metal core, not dissimilar in approach to the greats of the Swedish underground whose chosen modus operandi is gurgling, rumbling, dirty and down-tuned, where the production is deliberately organic, allowing the music to appear as dirty and unsettling as possible. And also heavy; my goodness is this a heavy record. There are also inevitable nods to early Paradise Lost within the sound, as well as the faintest hint of a melody here or there. 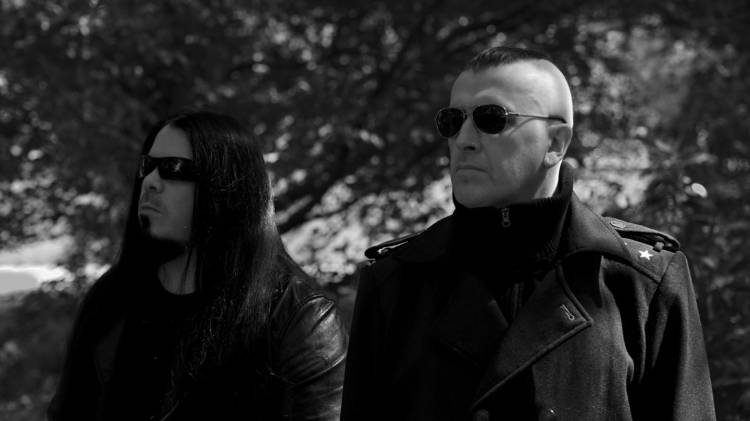 ‘Phantoms’ is the perfect opening track, full of frenetic, fast-paced drumming, a bass that is low enough to converse with the Strigoi before they arise from the grave and some savage riffs that carry a sense of malevolence but also a touch of otherworldly groove. The lead guitar breaks are like the tortured screams of the dead whilst those lead lines that sit atop the bruising cacophony are sorrowful and haunting. And overlaying the music, you have the guttural growls of Mackintosh, which fit the soundtrack nicely, going toe-to-toe with the instruments and adding some caustic spite and bile to proceedings.

The likes of ‘Nocturnal Vermin’ and ‘Throne of Disgrace’ are sub-two-minute affairs that deviate between sludgy, churning groove and all-out pace and intensity, but with a slightly out-of-control and devil-may-care delivery.

My personal favourite track currently has to be the utterly masterful bludgeon of ‘Seven Crowns’. It is another pacey composition but it injects plenty of groove in the process thanks to some simple but effective riffs. The lead solos are vibrant and almost cacophonous but it is the ‘chorus’ where I’m most smitten. There’s a guitar note that is so heavy it gives me chills but alongside it, there’s just a hint of melody, created by the slower riffs and the elegant guitar work of Mackintosh.

What I also like about this album is the way in which a couple of longer, more ‘epic’ tracks have been interwoven into a tapestry where three-minute tracks are by far and away the norm. It allows Casket and Mackintosh to explore their chosen sound more deeply and, with ‘Carved Into The Skin’, and the title track create a more doom-laden soundscape, where those Paradise Lost-isms emerge a little more from the gloom. I mean, no-one quite makes a guitar sound like Gregor Mackintosh. In the case of the title track, the doom influence is evident, but it’s more akin to a post-apocalyptic nightmare if I’m honest.

I could dissect the record ever further but I think it is perfectly fair to summarise the entire affair as incredibly consistent in terms of the quality on offer, as well as expertly paced and laid out; for a death metal record of this type, I find myself incredibly engaged throughout. All of these two guys’ experience has come to the fore here, to assemble a record that has a clear purpose, but which carries with it enough variety to entertain at every turn.

But that guitar tone. I mean, for that alone, this album must be a clear winner. Summoned from the pits of hell itself, the guitar tone and the accompanying riffs make ‘Abandon All Faith’ a beautifully evil and depraved affair from unsettling beginning to its putrid end. Marvellous!