This review comes several months after its official release but it’s because until about two weeks ago, I’d never heard of Mother Of Millions. Indeed, it was the recent announcement by ProgPower Europe that the Greek band had been added to the 2020 line-up that alerted me to their existence. I dutifully went in search of more information and was delighted to find an email nestled in my inbox offering me access to this record for review purposes. I hastily downloaded it and here we are.

They may share their name with a prolific and poisonous plant, but Mother Of Millions are a Greek quintet who describe themselves as an alternative/progressive metal band. Comprised of vocalist George Prokopiou, guitarist Kostas Konstantinidis, bassist Panos Priftis, keyboardist Makis Tsamkosoglou and drummer George Boukaouris, theirs is a sound that instantly intrigued me and one to which I quickly warmed.

‘Artifacts’ is actually their third full-length release and it demonstrates a band that are very adept and confident at what they do. It is quite tricky to liken Mother Of Millions to their contemporaries, but certainly the likes of Leprous and Karnivool are useful reference points, but I do also hear whispers of other influences throughout. What I’d rather tell you is that this record is big on atmosphere, emotion, melody and it has a huge cinematic feel to it. 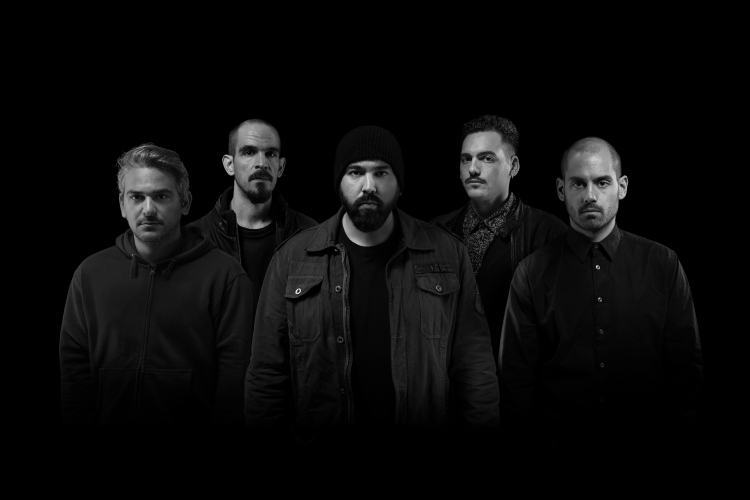 To buck the trend, and to illustrate my last point, I want to start with ‘Artifact’, the final and longest composition on this record. At nearly ten minutes in length, it uses its life to take the listener on an emotional ride, one that is initially dominated by the smooth and engaging vocals of George Prokopiou. Behind him are gentle, atmospheric synth sounds that escalate into a gorgeous piano melody. It’s like the soundtrack to a movie, not dissimilar to something like Craig Armstrong’s ‘The Quiet American’. Then, in comes a female voice to issue a spoken-word monologue in Greek, only to be replaced by more powerful, pleading vocals from Prokopiou. The soundscape intensifies and eventually unfurls into a highly-charged, yet melancholic post rock piece, full of power, melody and intensity, a fitting crescendo of power to a powerful and moving record.

As the album title hints, the subject matter of ‘Artifacts’ focuses on those items that, for one reason or another, are used for ritual purposes and are used to signify human traits and emotions; and the textures and atmospheres that are created within the seven songs themselves help to convey the subject matter very nicely indeed. There is also a wonderful flow to the record, meaning that it feels smooth and enjoyable to listen to despite the darkness, sorrow, depth and subtle complexities that lie within the forty-odd minute run-time. And, whilst I’d like the album to be longer, its running time is another strength – this isn’t a daunting or exhausting listen in the slightest, meaning that you come back to it time and again.

My personal favourite track is arguably the opener, ‘Amber’ which features some imposing down-tuned guitar work, accented by a delicious rumbling bass and deceptively clever drumming. The keys and synths that layer the track with that aforementioned cinematic atmosphere are prevalent and beautiful throughout this song and I love the shift towards the end, adding in extra melody and a wonderful post-rock wall-of-sound crescendo.

But, if truth be told, there isn’t a weak track on ‘Artifacts’. Every composition brings something interesting or exciting to the party, whether that’s the quiet introspection of the piano and vocal-led ‘Nema’ which demonstrates the talents of ivory-tinkler Makis Tsamkosoglou to full effect, or the heavier, more abrasive but still beautifully melodic and nuanced ‘Soma’.

Right now, I cannot be more excited to experience Mother Of Millions in a live environment. I will be there at ProgPower Europe 2020 and I’ll be front and centre for what I expect will be an electric performance. Based on the quality of the music contained within ‘Artifacts’, I shall also be delving into their back catalogue at the next available opportunity. If you are looking for an album that provides intelligence, subtlety, emotion and power, ‘Artifacts’ from Mother Of Millions is the record that you need. Right now.