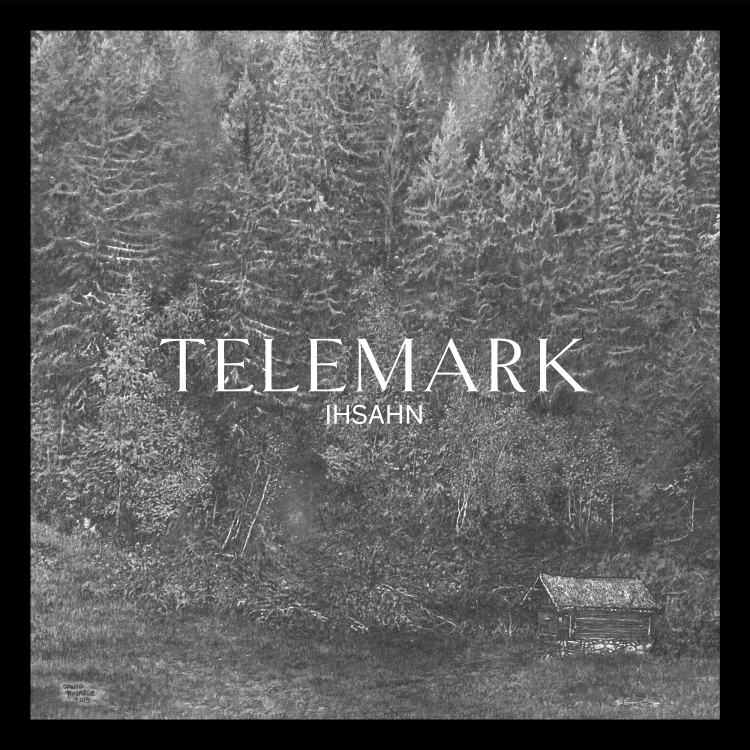 What can I possibly say about Ihsahn that hasn’t already been said? The word ‘legend’ is used very widely and flippantly these days but Ihsahn must surely be approaching this status within the world of heavy metal. For starters, there’s his work with Emperor, one of the most important bands in the black metal scene, releasing a string of classic albums that continue to stand the test of time and remain firm favourites with many fans. And then, as a solo artist, Ihsahn has never stood still; rather he has continued to explore a myriad of musical styles and landscapes in sea

In and of itself, this release is yet another example of Ihsahn’s desire to try new things. Rather than release a new full-length album, ‘Telemark’ represents the first in a two part series of EPs that he has written, inspired by and in homage to, his home region of Norway, ‘Telemark’.

The EP comprises three new songs as well as two cover versions of classic tracks, namely Iron Maiden’s Wrathchild and Lenny Kravitz’s ‘Rock and Roll is Dead’. They are both very interesting interpretations in that you can immediately recognise the originals but they have been recreated to have a whole new feel to them; these are not the standard covers for covers’ sake and there’s a definite value to them. I mean, Iron Maiden with trumpets and a swing-laden Lenny Kravitz? Yup, that’s right people!

As interesting as the covers are, it is the new material where most of the interest will lie for long-term fans and casual observers alike. And the first thing that hits you, is the hunger and bite that is present within each of the three tracks. If the press release is to be believed, this first EP delivers the more aggressive and heavy material that Ihsahn has written. And based on the evidence that all three new compositions demonstrate, the press release is spot on.

Opener ‘Stridig’ begins with a haunting riff and develops into a hard-hitting track with plenty of jagged riffing and ominous intent. That said, there is an intelligent use of light and shade as the mid-section descends into quieter territory with a solemn guitar at its centre. The vocals, as always are on point, with Ihsahn’s unique raspy delivery full of spite as the track rebuilds and flirts with, but ultimately avoids, all-out chaos towards the end.

Of the three, I’d tentatively suggest that ‘Nord’ is the most instantly accessible, with a touch more melody to be heard lurking beneath the surface, especially given the injection of some clean singing to juxtapose Ihsahn’s aggressive demeanour. The pace is slower too, although not appreciably and there’s a greater use of brass accents, something that I’ve grown to accept rather than welcome with open arms. There’s even space for a flamboyant lead guitar solo to add further variety to the potent mix.

The title track is the longest of the new original tracks, clocking in at just under eight minutes. It starts in quasi-discordant fashion before exploring soundscapes that I simply wasn’t expecting when the song first begins. ‘Telemark’ is most definitely the most challenging composition of the three in many ways in that it has a demonstrably eclectic and experimental DNA, covering everything from avant-garde to black metal. It’s a bit of a grower though and, ultimately, through its quirky, proggy twists and turns, there are some recurring ideas that work their way into the dark recesses of your brain.

And with that, the first half of this twin EP series comes to a close. I’m extremely interested to see what he has to offer with the second part, but there is seemingly no end to Ihsahn’s ability, quality, or willingness to experiment and try new things. Existing fans and those with an open mind will find plenty to love about ‘Telemark’ and as such, it’s a bit of a no-brainer to be perfectly honest.