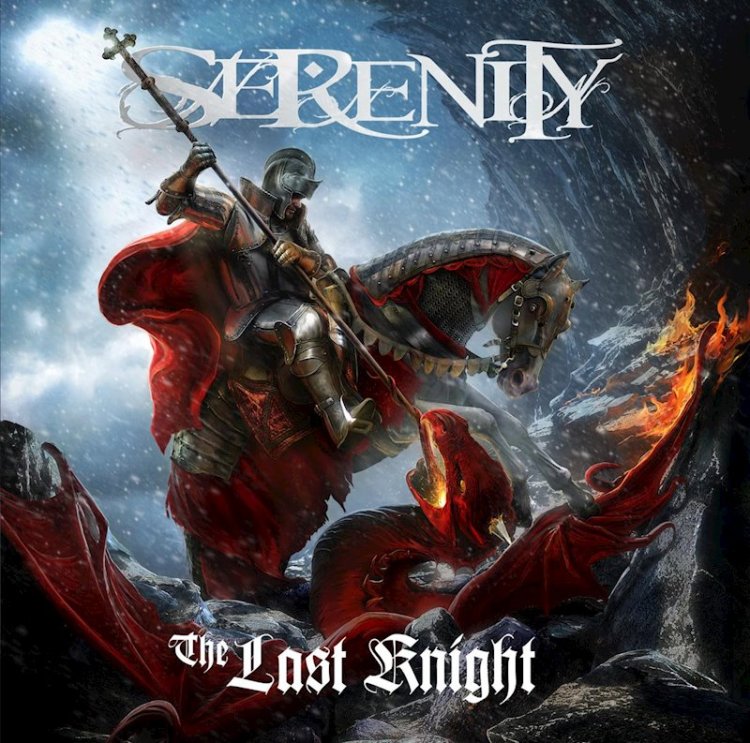 In the recent past, most notably within my review of 2017’s ‘Lionheart’, I have boldly proclaimed that Serenity were one of my very favourite bands within the melodic metal sphere. Both ‘Lionheart’ and its direct predecessor, ‘Codex Atlanticus’ took the Austrian band to stratospheric levels in my estimation and, in the case of ‘Lionheart’, I suggested that this was the best that the quartet had ever sounded. In fact, I concluded my 9.75/10 review in the following manner:

“…with ‘Lionheart’, this incredible band has pushed my admiration into the realms of complete adoration. This record is nothing short of a melodic symphonic metal masterpiece, where the symphonics are dialled up to ten and the metal quota is ratcheted up to eleven. For me, that’s the perfect combination.”

Naturally then, I was excited to wrap my ears around ‘The Last Night’, the eagerly anticipated seventh album of Serenity’s career.

No-one is more shocked than I to have to declare that I am nowhere near as enamoured with ‘The Last Knight’ as I hoped and expected to be. This album is chock full of all of the elements that made Serenity such a hit with me but for some reason, I simply can’t get it to click with me in the same way as previous efforts. Despite being faced with a frustrating stream only option, I felt it was my duty to give ‘The Last Knight’ as many spins as I could to see if I could shake off the apathy that greeted the first listen or two.

I therefore sit here composing this review having chained myself to my desk in the Mansion of Much Metal for some considerable time over the past week in order to bring as honest and fair review as possible. Unfortunately, the malaise remains.

There have been no changes to the band’s line-up since the release of ‘Lionheart’, meaning that vocalist Georg Neuhauser is joined by bassist Fabio D’Amore, guitarist Cris Hermsdörfer, and drummer Andreas Schipflinger. Continuing with their love of history, thanks mainly to history lecturer Neuhauser, ‘The Last Knight’ sets the life of Holy Roman Emperor Maximilian I to a melodic, symphonic metal soundtrack. I’m not for one second suggesting that ‘The Last Knight’ is a bad album; such a statement would be pure folly and completely unfair. Each of the eleven tracks on this album contain plenty of crunchy riffs and that all-important metal quota. There is also plenty of bombast and symphonic excess as you’d expect – these guys don’t write music half-heartedly. From the moment the rousing, cinematic, and instrumental title track comes to a close, ‘The Last Knight’ barely draws breath.

And there are some cracking songs to be heard on this album, I won’t ever deny this. For example, one of the best tracks has to be ‘Souls and Sins’ which also benefits from being given the acoustic treatment at the end of the album. The chorus is delightful, melodic, memorable and in between the choruses, the riffs are great and the rumbling bass is heavy as you like. There’s a cool lead guitar solo that has a soulful hard rock feel to it and I love the transition between quiet contemplation, to epic crescendo.

It is hard to deny the beauty and splendour of the ballad ‘My Farewell’ either, which is blessed with a wonderfully memorable chorus and some heartfelt vocals from Neuhauser. Equally, ‘Invictus’ is full of verve, energy and power, with a properly rousing symphonic chorus and some chunky, commanding riffs.

However, the fact remains that this album simply has not had the same effect on me as others have. My enjoyment has definitely increased as time has gone on but I still can’t shake the feeling that ‘The Last Knight’ suffers a little from the ‘formulaic’ curse, meaning that you’ve heard all of this before and there’s very little about it that is new or exciting.

Having said that, why change a formula that works? Indeed, I would tend to agree. But if you’re going to do that, you’ll live or die by the strength of the material more than ever. And that’s where I have a problem with this record. As great as some of the tracks are, and as great as some parts within some tracks are, there are too many songs that don’t knock my socks of. Just one example is ‘My Kingdom Comes’ which benefits from great chunky guitars and a relentless tempo but lacks a wow factor, with a slightly run-of-the-mill chorus. Similarly, others too, such as ‘Down To Hell’ or ‘Wings Of Pride’ lack a killer hook or chorus melody to pull me back to willingly listen again. Instead, I return more out of a sense of duty or because I fear I may have made a terrible mistake and will suddenly love it.

As such, whilst I will have no hesitation stating that existing fans should take a listen for themselves and fully suspect that many may disagree with my opinion, I still feel a little deflated. I hope this might change, but after quite a bit of time in its company so far, ‘The Last Knight’ still frustrates and disappoints me. I hope this just a blip…for me and for Serenity.