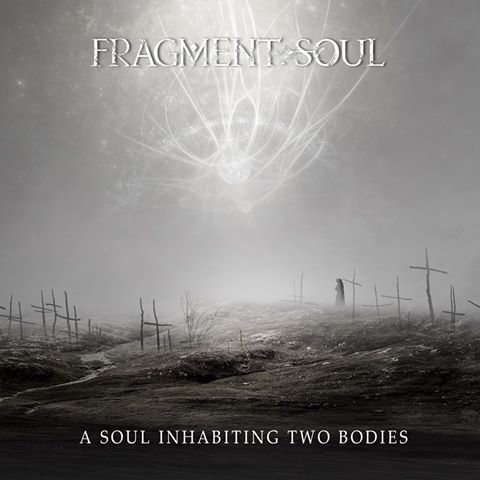 Date of Release: Out now

Rules are meant to be broken aren’t they? That’s why I have decided to break one of the unwritten rules of manofmuchmetal.com and review a single. Why? Because I set up this website for all bands big or small, but with the hope of being able to bring readers the odd gem from the underground and maybe offer a little exposure to bands just starting out and in need of a helping hand.

Today therefore, I bring you a post that shines the spotlight on a band called Fragment Soul. How could I possibly ignore an email from a band that hails from my favourite Greek island, Corfu?

Seriously, though, I took a listen to their single, ‘A Soul Inhabiting Two Bodies’ and immediately knew that this was the kind of music that I needed to champion. On their social media sites, they reference the likes of Katatonia, Opeth, Daylight Dies and Pain Of Salvation and that gives you an insight into the modus operandi of this band.

Fragment Soul is comprised of vocalist Nick Argyriou, bassist Spiros Georgiou, guitarist Dimitris Louvros, keyboardist Vangelis Kakarougkas, and drummer/percussionist Kostas Mylonas. In addition, the quintet are proud to welcome the talents of Draconian vocalist Heike Langhans as a guest contributor to the song.

The song is impressive in many respects. Firstly, it is a monster at over 13 minutes in length, but it never seems to last that long thanks to a great injection of sublime melodies and an intelligent use of light and shade. And when it finishes, I’m wanting to listen to it again. To me, that’s the sign of a great song.

Secondly, it sounds very professional, thanks to a mix courtesy of Linus Corneliusson of Fascination Studios and a master by Tony Lindgren. It has subtlety and deftness where required, but when things get heavy, the clarity remains alongside a richness that provides power and muscle.

The bass guitar of Spiros Georgiou is the biggest winner as far as I’m concerned because it sits at the heart of almost everything that Fragment Soul do, without ever overwhelming the remaining instruments. The drumming is precise and subtle when it needs to be and the guitars are beautiful in whatever guise we hear them. From big, imposing chords to intricate picking, they convey the mood of the song as it grows from humble, minimalist beginnings, eventually releasing into a much heavier soundscape, via a number of intriguing twists and turns along the way. And, at every turn, the keys of Kakarougkas are present to add texture and atmosphere throughout.

But enough of my waffling, have a listen to the song for yourself and tell me I’m wrong, I dare you! With an album written and ready to go, the final piece in the jigsaw is for the band to find a home with a suitable record label to allow distribution to the far corners of the globe. Personally, I’m very excited to hear the full, final product. If it’s as good as ‘A Soul Inhabiting Two Bodies’, I can only predict big things for Fragment Soul in the future.