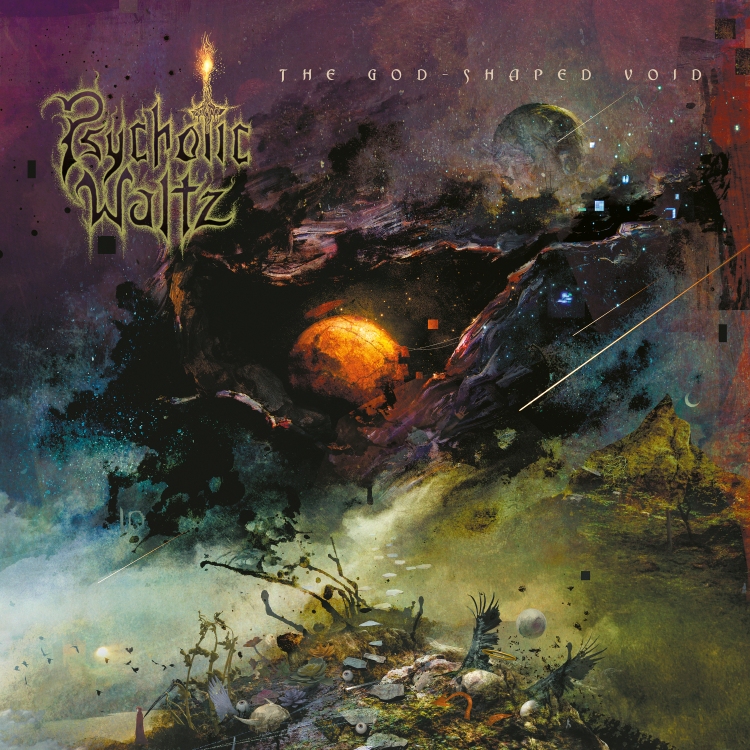 Label: Inside Out Music

Psychotic Waltz are a cult favourite, an institution to many, and a name known to just about every fan of progressive metal on the planet. However, apart from hearing the odd song here and there, I was blissfully unaware of their prowess and legendary status. That is, until I found myself at ProgPower Europe last year. Psychotic Waltz were the headliners for day two and the buzz of excitement around the venue was palpable. Sadly, what followed, was incredibly disappointing as technical problems, a rubbish sound, and a very poor vocal performance all collided in a perfect storm.

And yet, for all that, when the opportunity presented itself to hear the first record this Californian band have recorded in around a quarter of a century, I plucked up the courage to check it out. Interestingly, this long-awaited fifth album took a decade to make and also features the original line-up from the first three of a total of four Pyschotic Waltz releases before the twenty five-year hiatus. As such, ‘The God-Shaped Void’ is comprised of vocalist Devon Graves, guitarist and keyboardist Dan Rock, guitarist Brian McAlpin, bassist Ward Evans and drummer Norman Leggio.

What’s even more interesting for me is that, having come to this record with very minimal knowledge and literally no expectations, I find myself liking this album a lot. Who’d have thought it eh?

The first impression I have is that ‘The God-Shaped Void’ is much more melodic and majestic than I was led to believe from what I’d heard at ProgPower. ‘Moodier’ is another adjective I’d throw into the mix. It is also, dare I say it, less overtly progressive than I was expecting. There is no disputing the ‘prog’ tag, but I was anticipating the music to be just a little faster and demonstrably complex if I’m honest. Being familiar with his work with Dead Soul Tribe, I was surprised not to hear more flute action from Devon Graves throughout as well.

The latter couple of comments might sound like negative criticism and perhaps they would be on any other day. However, the fact remains that I have put off this review for a good while now because I want to have an excuse to listen to it just a little bit more. And I’d not do that if it was an album that I didn’t fundamentally like. Or, in this case, an album that I like a lot more with each passing listen. For it is not until you allow the music to really get under the skin that you notice everything that’s going on here. 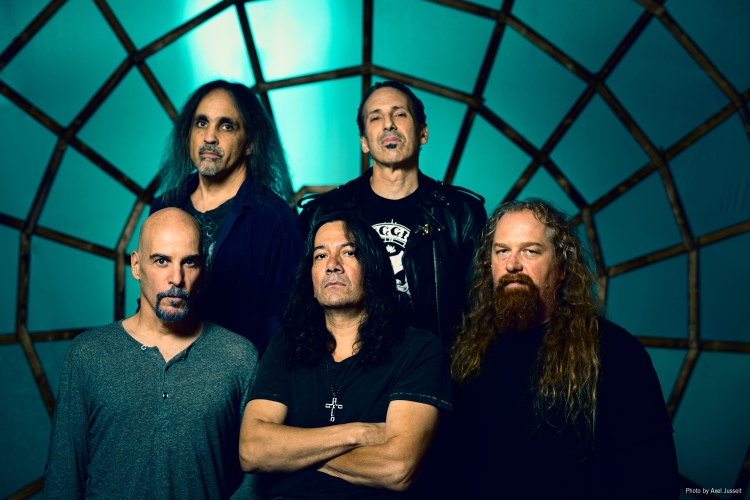 ‘The God-Shaped Void’ kicks off with a dark and intense number entitled ‘Devils And Angels’. There is a touch of Grave’s flute to be heard within the brooding intro that’s full of foreboding synth effects and choral voices, before we’re accosted by a weighty riff that signals intent from a band that clearly want to make an impact after being AWOL for so long. There is an intensity as Graves sings with restraint and a quiet menace, only to unleash something more powerful over an unexpectedly catchy and memorable chorus, led by a really nice lead guitar melody. The intense lead guitar solos are wonderful, whilst the groove in the latter stages is a nice touch too, a strong conclusion to a great opening track.

The chorus to ‘Stranded’, along with the central verse riffs are very reminiscent of ‘A Murder Of Crows’-era Dead Soul Tribe but with a much heavier presence to it. The chorus has a stark beauty that’s enhanced by beautiful vocals and its slightly dreamlike quality. The synths provide layers of atmosphere and texture, embedded deep within the composition

Up next is ‘Back To Black’ which is a riff-lover’s wet dream; the guitars of Rock and McAlpin are so damn heavy, crunchy and resonant it’s almost impossible not to headbang along to the thunderous behemoth, further beefed-up by the bass and drum combo of Evans and Leggio respectively. The drum fills and rolls are particularly striking, although the bass rumble is indeed a thing of beauty.

I’m struggling to name any track out of the ten on ‘The God-Shaped Void’ that isn’t up to scratch here. ‘All The Bad Men’ is another crunchy and moody riff-heavy monster with a captivating groove that seamlessly segues into the gorgeously delicate and introspective acoustic intro to ‘The Fallen’. Throughout its length, it remains a slow-burning, melancholy experience, whilst also cleverly ramping up the intensity as it develops.

A personal favourite of mine has to be the more immediate and incredibly rewarding ‘While The Spiders Spin’. Not only is it one of the most melodic moments on the record, but it is also one of the most synth-laden tracks, creating more of that dark atmosphere which so elegantly envelops ‘The God-Shaped Void’.

A longer dose of Graves’ flute within the quieter, more brooding ‘Demystified’ is a very welcome ingredient, elevating the track higher in my estimations. A word is also required for the final track, ‘In The Silence’ that delivers a cracking conclusion to this album. Acoustic guitars, resonating riffs, pulsing bass, a memorable chorus, plenty of light and shade, and sophisticated, understated guitar leads all combine to great effect.

An album of this quality leads me to a specific and important train of thought: what the hell have I been doing all these years to have missed a band of this quality? ‘The God-Shaped Void’ is an intelligent, brilliantly executed slab of heavy progressive metal which, if I can ever stop playing it, will be the catalyst to check out the entire back catalogue. Don’t let this record pass you by – if you do, you’ll regret it, trust me.