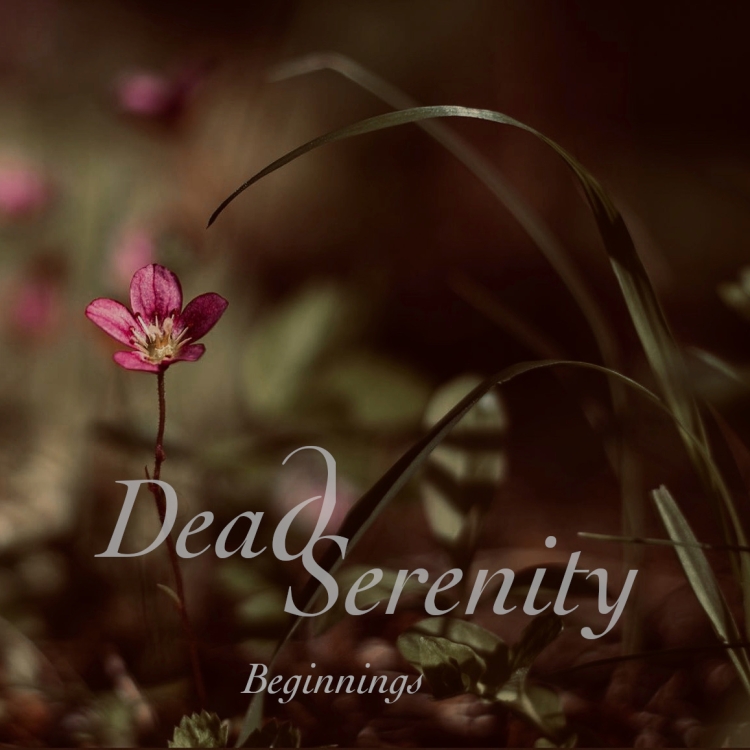 I’m game to try anything that’s sent to me and so, when invited to check out the debut EP by Finnish melodic death metal band Dead Serenity, I duly did so. Only formed last year, this EP has been created in double-quick time, although it only consists of five tracks, one of which is an instrumental intro. Nevertheless, the aptly-titled ‘Beginnings’ offers us a 23-minute insight into the way this quintet tick and the music that they want to give to the world.

And guess what? It’s pretty decent too.

Getting the negatives out of the way first, it is fair to say that the EP suffers from a minimal production budget. It isn’t disastrous, but the sound is muddy at times, lacking the necessary clarity for the instruments to maximise their impact. The guitars in particular are overly fuzzy when delivering their riffs and have been robbed of their full strength. I can’t help wonder what the music might sound like with a better production.

It is also arguable that Dead Serenity are still finding their exact sound and place in the metal world. Their press release refers to the fact they want to blend “…elements of Nordic melodic death metal, Finnish melancholy and powerful melodies” into their sound and this is certainly demonstrable in the music here. However, at the moment, at this embryonic stage, there is work to do with this laudable modus operandi, to ensure that the next recorded effort, be it a second EP or debut full-length has enough about it to ensure that Dead Serenity stand out from the crowd of melodic death metal ‘also-rans’.

If I sound a little uncharitable, it’s because I can really hear something exciting at the heart of this band. ‘Beginnings’ only gives us a short-lived, truncated taste but I know when I hear something that is worthy of further exploration. And that’s what I hear with this EP. Yes, there are the more run-of-the mill aspects to be heard, such as the gruff/clean vocal approach, but crucially, I can hear some lovely deep melodies within the songs, a sense of beauty, of atmosphere and of delicacy. And when they are juxtaposed with the aggressive drumming and heavy riffs of melodeath, these more subtle elements stand out more strongly. Just take the final track, ‘Darkness Within’ that provides some delicious synth melodies as well as sensitive guitar playing that’s not all about brutality or showmanship. After a couple of spins, I find myself really gravitating to this song in particular and genuinely hope that the band build on the sounds created in this song in particular. There’s something a little different here and I’m a little excited by it.

Despite it being a sub-two-minute intro, the compositional skill shown within the classical film score ‘The Final Dawn’ is impressive, as is the way that it segues seamlessly into ‘Godless We Are’, sitting nicely within what is an extreme metal song without getting lost or side lined.

At this juncture, I’ll let you have a listen to the track below, ‘Betrayed’ and let you have a listen for yourself. Bizarrely, as far as I’m concerned, this might be the least strong track on the EP but nevertheless I hope, like me, despite the rough edges, you can hear something about Dead Serenity which could differentiate them from the masses. I will be keeping an eye on this quintet over the next year or so in the hope that my hunch is right. I’ve been known to be wrong in the past, so I’ll simply shut up now and keep my fingers crossed that I’m not wrong this time…but I don’t think I am – come back to me in a couple of years so I can say ‘I told you so’!