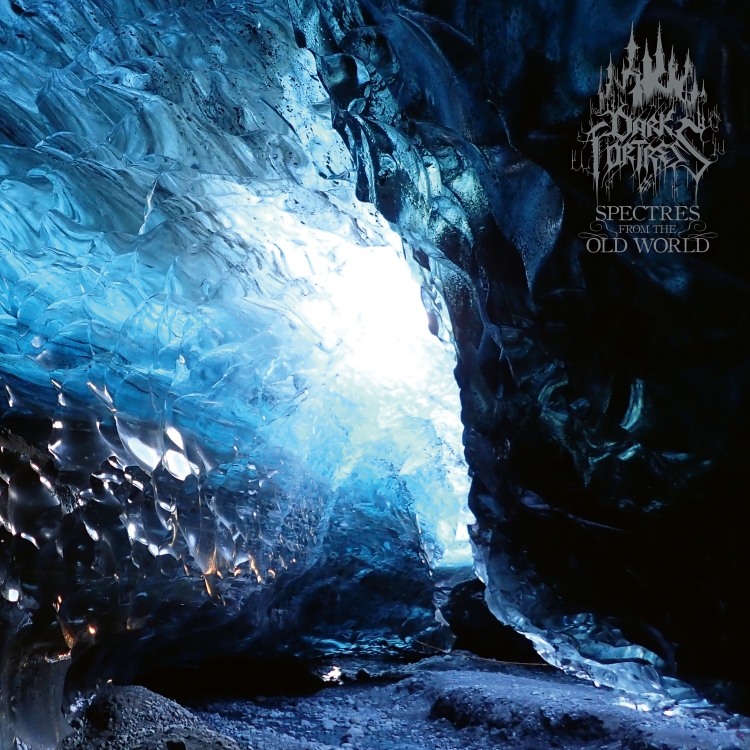 Another day, another new band for me to listen to. 2020 is shaping up rather nicely in this regard with plenty of great new music discovered. Of course, I’d heard the name Dark Fortress previously, but I’d never managed to carve out the time to check them out. Well, at least I thought I had heard of them; I get confused with the plethora of bands in the world of metal that have the word ‘dark’ at the start of their name.

Anyway, Dark Fortress is certainly not a band with which I am overly familiar, despite the German quintet existing since the mid-nineties, releasing seven previous full-length albums in that time. Album number eight is this one, entitled ‘Spectres From The Old World’ and I’ve got to say that it has made me take notice, that’s for sure.

Billed as ‘melodic black metal’, I can already see some of your eyes glazing over. But stick with me, because it’s ultimately worth it, trust me. For Dark Fortress, on the strength of ‘Spectres From The Old World’ have something interesting and rather entertaining to say if you’re a fan of well-executed extreme metal. And ‘melodic black metal’ is a little bit misleading if I’m honest because whilst there is certainly a black metal element to the music, as well as a demonstrable melodic element, there’s a large emphasis on atmosphere, and mid-tempo dark metal, perhaps a little Gothic and industrial intent in there too for good measure. There’s certainly more groove and meatiness than I was expecting too, which as far as I’m concerned, is a very good thing. It separates Dark Fortress a little from their contemporaries and demonstrates that they are prepared to go to places where the music takes them.

Intro piece ‘Nascence’ certainly sets things off in black fashion, with furious drumming courtesy of Seraph, and some cold distorted riffing at the hands of guitarists V Santura and Asvargr, laced with plenty of dark atmosphere. Indeed ‘Coalescence’ continues with the black metal ferocity, wasting no time launching into some classically cold, fast-picked riffing and blastbeats. The vocals from Morean are rasping and venomous too. But before long, there’s a catchiness that emerges within what might loosely be described as the chorus and, as the track develops, the pace almost imperceptibly slows to more of a mid-tempo affair before a striking lead guitar solo makes an entrance. The way the song segues from one style to another is very smooth and artful, with layers of synths making an atmospheric impact above a return to more overt black metal trappings towards the death. 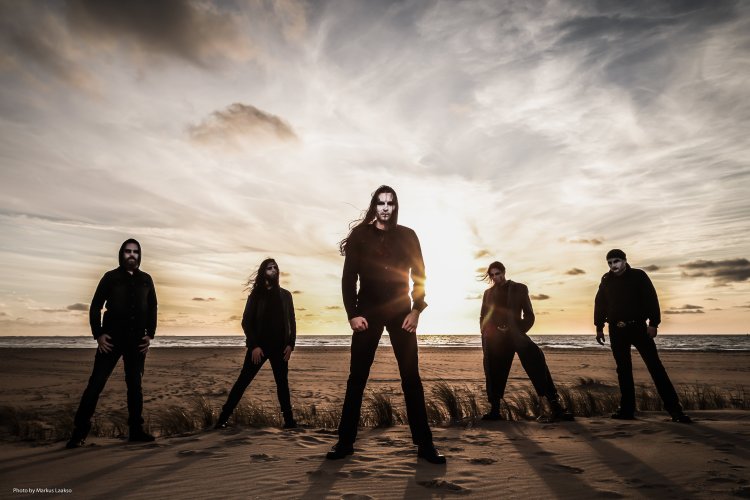 ‘Spider In The Web’ is a very different track. It too has plenty of keys to bathe it in atmosphere, but it opens with a mid-tempo groovy stomp and then everything drops away to provide a very atmospheric, introspective and minimalist soundscape, almost post-black metal or ambient in approach. Whispered vocals and lead guitar flourishes eventually lead to a full-on solo and a return to heavier climes. It’s an interesting piece and immediately demonstrates the willingness to experiment with their sound.

Elsewhere, the title track is a furious composition, dripping with black metal malevolence, albeit draped in atmosphere and featuring an occasional slowing of pace to provide a breather to the aggressive onslaught, as well as a beautifully minimalist ending. ‘Pali Aike’ is an unashamed groove-fest, a slower stomper of a track that has the head banging in slow appreciation, whilst ‘Pazuzu’ feels like it’s on all-out attack mode, with plenty of attitude and a great shredding solo towards the end.

I love the riff and the tone of the guitars that emerge out of the quiet intro to ‘Isa’, a song that is more doom metal than black for my money, at least in certain places, as the riffs churn and writhe rather than scythe and through which melodies eventually emerge, out of the gloom. There are also a surprising number of vibrant lead guitar solos within it, which is a real plus for my tastes.

‘Pulling At Threads’ begins with all out cold black metal brutality but it introduces some unexpected clean vocals from Morean to provide some melody and warmth, as well as some thrash influences within the mid-section. Those clean, almost ethereal vocals return within ‘In Deepest Time’, a song that once again features some nice, chunky riffs, and plenty of atmospheric melody.

Overall, I find ‘Spectres From The Old World’ to be an entertaining listen and I’m certainly glad that I took the time to listen to it. After much consideration, I feel it suffers just a touch from trying so many different things across the twelve tracks because it lacks a little cohesion and clarity of direction. It is also perhaps one song too long. However, there’s no arguing the sense of ambition of Dark Fortress and there’s certainly no denying that ‘Spectres From The Old World’ is a very professional and enjoyable extreme metal record. And, when time allows, it has definitely convinced me to delve into the band’s past.