““The Coven” is all about guitar riffs and solos, relentless drumming and ripping vocals.” So says the accompanying press release for the latest release from Finnish metal band Torchia. Once again, it is a new name on me but one that I was keen to hear based on the above description.

A bit of background first though and Torchia take their name, I suspect, from their lead vocalist Edward Torchia, even though it is lead guitarist Ville Riitamaa who takes the credit as the primary composer and lyricist for the band. The quintet is rounded out by guitarist Henri Heikkinen, bassist Pirkka Birkstedt and drummer Ville Virtanen.

For every magical discovery that I make via manofmuchmetal.com, there are a whole host of bands that fail to make the grade. I don’t tend to review these too often because negativity is for others on the Internet and I prefer to spend my time giving time to those bands and artists about whom I can get excited and who deserve the exposure.

But there are a few bands that sit rather awkwardly in the middle ground. I quite like the music but it doesn’t set my world on fire. And yet, I know that there will be readers who will want to know what I think about them, or who I know will like them better than I do. What do I do then? Do I review the album or do I leave it? On this occasion, I have decided to offer a review.

You see, ‘The Coven’ is a thoroughly decent record with much to enjoy, but it just doesn’t ignite my enthusiasm as much as I’d want it to do. In fairness to the above quote, Torchia do play heavy metal with fast-paced riffs and lots of lead guitar solos. But whether or not the drums are indeed relentless or the vocals are ripping will depend on everyone’s subjective opinions. There is some cool drumming to be heard but to my ears it isn’t relentless as such. And Torchia’s vocals are that kind of standard gruff growl that you hear the world over on extreme metal releases. I don’t mean to be unkind but I don’t hear much to set it apart from the crowd. It is perfectly acceptable, but not magical. 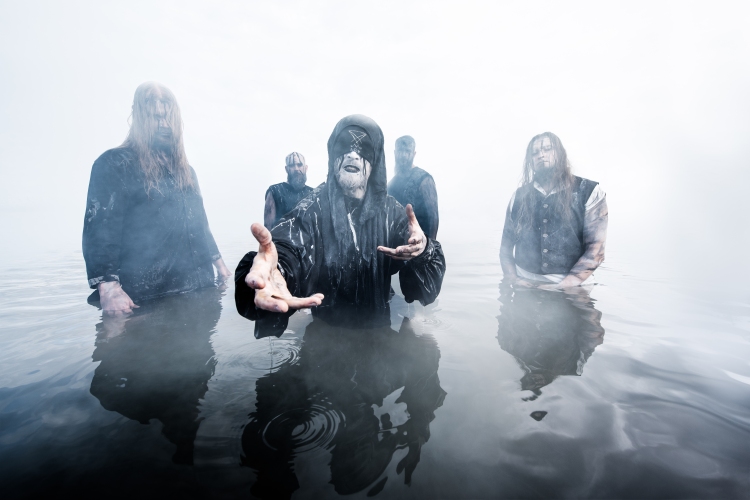 And that pretty much sums Torchia up – perfectly acceptable. There’s definitely a highbred vibe of classic metal-meets-thrash-meets-melodeath to it which is extremely welcome. The music does occasionally invoke Children Of Bodom comparisons, especially in the speedier, more abrasive tracks such as ‘Memoirs’ or the thrash-accented ‘Gallows’, where there’s real attitude to be heard too.

And some of the songs are undeniably catchy. Take the opening track, ‘Sky’ with its memorable lead guitar line that appears within a heavy and muscular death metal framework. ‘Moon, Rise!’ blasts from the speakers like a scolded rat before offering something more minimalist, albeit briefly. The chorus, once again led by effervescent lead guitar work is arguably the best on the album, full of melody that I do really like. Plus there’s a fantastic lead guitar solo late in the piece.

I also like the more groove-oriented ‘Lord Of Dreams (Cult March)’ which slows the pace and injects some chunky riffs in the place of the more usual faster-paced material.

Unfortunately, for all the bluff and bluster, there feels to me like something is missing on this record. There isn’t a unique selling point that fundamentally sets Torchia apart from the masses. I’ll say once again that the music is perfectly acceptable and of a very decent standard. I also cannot fault the commitment of all concerned in putting this record together. But for me, all of this fails to be enough and ‘The Coven’ is destined to only be fully embraced by those who have an overwhelming love of thrash-infused melodeath with a hint of old-school metal. If that’s you, then great, get this album immediately. For everyone else, try before you buy.