You’ll have to excuse the fact that I’m late to the party with this review, but after listening to it, I was sucked into a black hole in the far reaches of space. Or at least, that’s how it has felt; this is definitely not an album for the faint-hearted and requires both an open mind and a love of some extreme metal music.

Omega Infinity is the name of a new studio project created by Tentakel P. in 2018 after his primary creative force, Todtgelichter, was put on indefinite hold. Tentakel P. is responsible for all aspects of the music, except one: the vocals. For that, he went out into the world to search for the perfect voice to convey the messages of Omega Infinity. And in so doing, Tentakel P. has ensured that I, along with many other metalheads became thoroughly interested in this project because he has enlisted the vocal talents of Xen from Australian extreme metal band Ne Obliviscaris. I’ll be honest and admit that I’d probably have never checked this music out had Xen’s name not been associated with it. That and the fact that Omega Infinity finds itself on the Season Of Mist label, an impressive fear for a debut album.

Having established that Omega Infinity are an extreme metal band, I want to explore this a little further. At their core, Omega Infinity can be described as a black metal band, in that the drumming is incredibly fast and relentless, dishing out warp-speed blastbeats like confetti. The riffs are tumultuous too; fast, spiky and cold, almost impenetrable in places. But, there’s more to this band than black metal, because Tentakel P. makes great use of electronic sounds and samples. These create layers of atmosphere and inject some really clever dynamics to the overall sound. One minute it is all-out attack, the next, we’re floating into the void via ambient sounds and textures. But whilst there is a sense of melody within some of the material, it is never warm or inviting per se; the quieter, more ambient sections are beautiful in places but they are also extremely unsettling and unnerving. Frankly, it makes the idea of outer space terrifying. The net result is music that is memorable, to which you return because of a sense of morbid fascination and also, because it makes you think about things greater in scope than the here and now.

The album opens up in such a misleading manner, with ‘Uranus’, an ambient, soothing and simple intro piece. But as it develops, the disturbing sounds increase, as does a sense of foreboding. We know something more intense is coming and by hell does it, in the shape of ‘Mars’, a seven-minute behemoth that is also one of the standout tracks on the entire album. It kicks off at warp speed, an impenetrable wall of sound, created by drums, riffs and the familiar growls of Xen. But there are moments of slightly calmer lucidity within the early tumult, such as bold electronic sounds that continue unimpeded beneath the all-out brutality, occasionally breaking through to stand alone momentarily. ‘We are the army, of the red colossus’ is the chant that begins to emerge and then take centre stage as the ‘metal’ instruments are replaced by dark, minimalist soundscapes. Whispered, chanted, and finally screamed, Xen proves to be the perfect foil for the music that surrounds him. The electronics become more pronounced in the final stages but the extreme metal doesn’t get any less extreme as a result, meaning that I am battered, bruised and quite dazed as ‘Mars’ comes to an end. 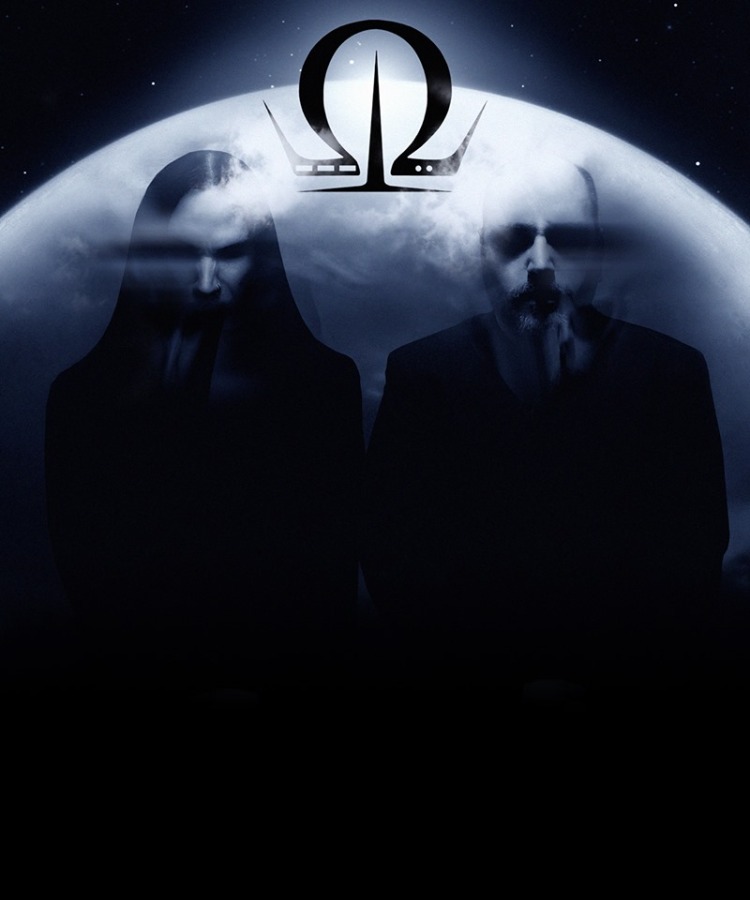 Bold electronics usher in ‘Venus’, another song with a breakneck tempo to it, almost spiralling out of control at times. Those electronics remain throughout, never quite expunged by the towering black metal inferno around them. But it’s not all mindless attack, as a sense of groove is injected here and there to great effect, meaning that the track has genuine identity and a dark charm.

Alongside ‘Mars’, ‘Jupiter’ has to be my other standout track on ‘Solar Spectre’. In keeping with its inspiration, it is a behemoth of a song, and begins in measured fashion, with an enormous pulsing, stomping riff to which Xen adds some clean vocals, joined then by choral vocals for added gravitas and majesty. The melodies are subtle but they are there and they really get under my skin as the beast of a track plods along, inexorably destroying all in its gigantic path. Readers of a certain age may remember Unicron from the original Transformers movie from the 80s, voiced by Orson Wells. That’s what I think of when this song is playing. The speed, particularly the drumming, increases in the latter stages but the central stomp and dark melody remains.

‘Sol’ then begins in cinematic fashion before blasting its way through its length in terrifyingly precise fashion, delivering nothing but blistering destruction for five intense minutes except the briefest of pauses for breath midway through. ‘Terra’ is much the same too, as it perhaps seeks to be the musical metaphor for the current state of our planet. If that’s the case, it does it well, too, although it isn’t the easiest of listens I must admit given the relentless near-cacophony.

On the other hand, ‘Neptune’ is the closest we get to a song that is serene and beautiful. The soundscapes at the outset are light and floaty, laced with gentle melody, with equally soothing and mellifluous clean vocals layered on top. A heavier edge is introduced, but the pace remains slower and the vocals are generally clean, accented by those spinetingling gutturals from Xen.

‘Solar Spectre’ is then completed by ‘Saturn’ which reintroduces the overt electronic sounds, and closing piece ‘Mercury’ which returns to, and explores the minimal, cinematic soundscapes explored at the beginning of the record.

I have to admit that I wasn’t expecting to hear anything like this when I first hit the ‘play’ button a week or two ago. ‘Solar Spectre’ sounds like nothing else I’ve heard for a very long time and that’s a very good quality indeed. It intrigues me, engages me and unsettles me in equal measure. It also pulls me in for repeated listens, as if I’m being lured in by forces beyond my comprehension. Ultimately Omega Infinity have put to bed the notion that space is serene and peaceful; according to ‘Solar Spectre’, it is violent and terrifying. And I like it.