Lift your hunting horns, your axes, and your tankards to the sky, and praise the Gods of ancient mythology, for Asenblut are back with their latest Viking/melodic death metal album, entitled ‘Die Wilde Jagd’ (The Wild Hunt). I ended my 2018 review of their most recent EP release, ‘Legenden’ with the words ‘I hope it’s a full-length album in the not-too-distant future, because I want to hear more of this music as soon as possible, please.’ You’ll gather then, that I am really pleased to have the opportunity to finally delve into a full-length album from Asenblut.

The great thing to report is that this latest effort from the Göttingen-based quintet does not disappoint either, for ‘Die Wilde Jagd’ is imbued with the same compelling elements that drew me to their previous EP so strongly. If you’re a fan of Amon Amarth, you’re going to love this record, because the similarities to the Swedish Vikings remain in all their technicolour glory. The crushingly heavy riffs, the anthemic call to arms, the deep, gruff vocals, and the generally up-tempo nature of the aggressive heavy metal are all present and correct.

And, whilst the parallels between Asenblut and Amon Amarth are undeniable, there is just about enough within the Germans’ armoury to set them apart from their Swedish counterparts. For a start, I’d argue that the Asenblut material is more overtly melodic and accessible with more of a NWOBHM element to it; with that, comes more of a sense of fun if that makes sense. Despite the incredibly extreme cloak that Asenblut wear, the music feels more light-hearted and easier to digest. In addition, the lyrics are exclusively ‘sung’ in the band’s mother tongue, which is an interesting juxtaposition given how harsh and unforgiving the German language can sound at times. 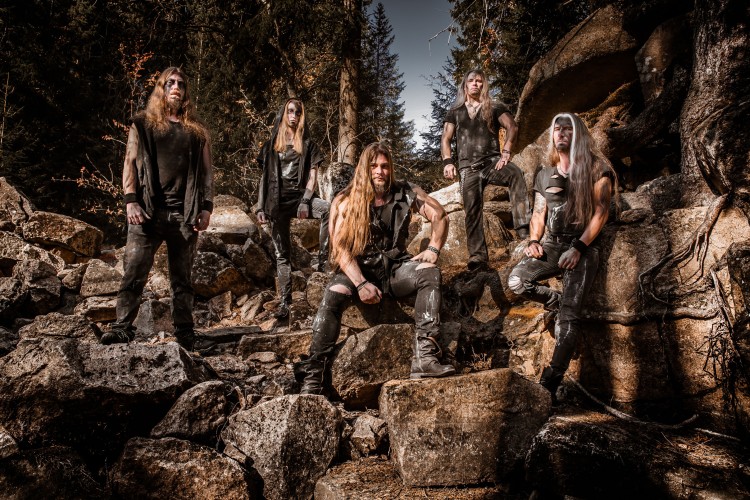 The album makes a big impact from the get-go with the bombastic title track, full of epic intent and power. It isn’t long before unrelenting double-pedal drumming from Balrogh and the rasping voice of Tetzel von Asenblut rips through the speakers, with bold riffs acting as the robust framework for the song. The chorus is then a portent of things to come, being suitably memorable and melodic. There’s even room for a tuneful lead guitar solo, not your normal death metal fare at all. Later, the riffs pick up the pace alongside even faster drumming but it is all kept in check by the melodies, which are made even more potent via some delicious dual guitar harmonies from guiartists Stan Ro and Claus Cleinkrieg, as well as even more carefree lead solos from the pair.

And then, if truth be told, the scene for ‘Die Wilde Jagd’ is set for the remaining nine songs, if you count the final song which is an extended version of another song earlier on the record. These are big melodic anthems that batter and bruise as much as they put a great big smile on your face. There’s precious little that’s new or overtly original but when it is done this well, I find it hard to criticise; Asenblut know what they are all about and they attack their music with a verve and a vigour that’s really quite infectious. And, additionally, the music is executed very well and the album benefits from a production courtesy of Jörg Unken (Soundlodge Studios) which suits the monstrous heavy metal on this record to a tee.

‘Codex Gigas’ is undeniably Amon Amarth thanks to its razor sharp heavy, groove-laden riffs but again, the melodic elements mean that I just find myself enjoying the fare rather than thinking about who they may or may not sound like. ‘Seite An Seite’ has the air about it of an open air festival favourite, featuring more NWOBHM dual guitar work which I really enjoy.

Then there’s the brilliant ‘Irminsul’ that features the most wonderfully anthemic mid-section instrumental passage, accompanied by some of Tetzel von Asenblut’s best blood-curdling screams, not to mention more riffs meatier than a three kilo fillet steak. If you’re after some irresistible melodic riffing, ‘Drachentoeter’ is the track for you – it’s a monster.

There’s not much more to say about ‘Die Wilde Jagd’ if I’m honest. If you want complex, technical music then you’ll be wanting to look elsewhere. If instead you’re after an unrepentant slab of brutal, bruising extreme metal with a surprisingly soft, melodic underbelly, the anthems of Asenblut may just be the thing to quench your thirst.