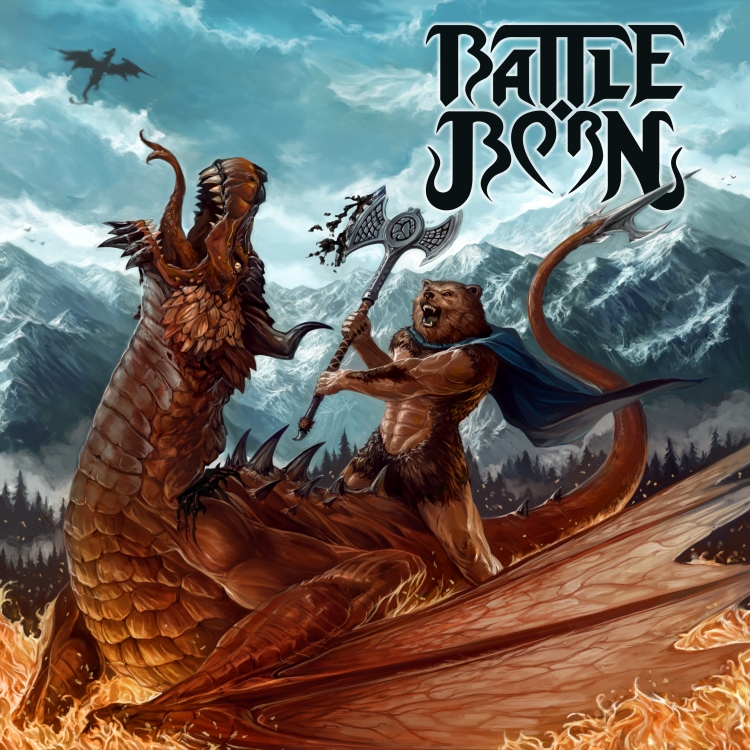 There are times when you just have to embrace the silliness. I mean, who doesn’t enjoy it when all the stops are pulled out in the pursuit of entertainment? And when it comes to classic power metal, silliness is one of the vital ingredients. Rhapsody Of Fire singing about forests of Elves and all manner of mythical creatures, Manowar’s preposterous battle lyrics, and ‘happy, happy Helloween’s ode to the Gameboy are just a few examples right off the bat. I’m sure you can think of a thousand more besides.

The fact then that Battle Born, the latest UK band to make a mark on the power metal scene, veer dangerously close to the absurd, should come as no surprise. With just about every one of the five songs mentioning the word ‘metal’ multiple times, cheesy and cliched lyrics elsewhere, and their very existence apparently based around the Skyrim video game (yes, I had to ‘google’ what Skyrim was!), this quintet have not left anything in the locker on this self-titled, debut EP.

Initially, I was not sold on the content of ‘Battle Born’. I found the lyrics massively toe-curling, some of the vocals I thought were a little ropey when delivered at a lower range, and when the band shout ‘Bring the metal, bring the metal back’ at one stage, they sound less like battle-hardened warriors and more like public schoolboys after a couple of wine spritzers. And, whilst these will be reason enough for some to maintain a wide berth, something very important helped to change my mind: the music.

After a few spins of this twenty-five-minute EP, it is difficult to remain so mealy-mouthed and miserable. As all good power metal should do, the material gets its claws in you, sweeps you up, and carries you away on the crest of a wave of testosterone, leather and long hair whipping in the wind.

Right off the bat, the title track makes an impression, blending melody with fast riffs, up-tempo rhythms and lashings of keys for good measure. The chorus is suitably epic and memorable, a hook-laden slice of power metal goodness. Lightning-fast lead guitar solos are also present, along with a vocalist in Jack Reynolds that has a satisfyingly robust set of pipes, hitting some high notes with aplomb. Assisted by some choral, battle-cry backing vocals, it is a rousing way to begin. 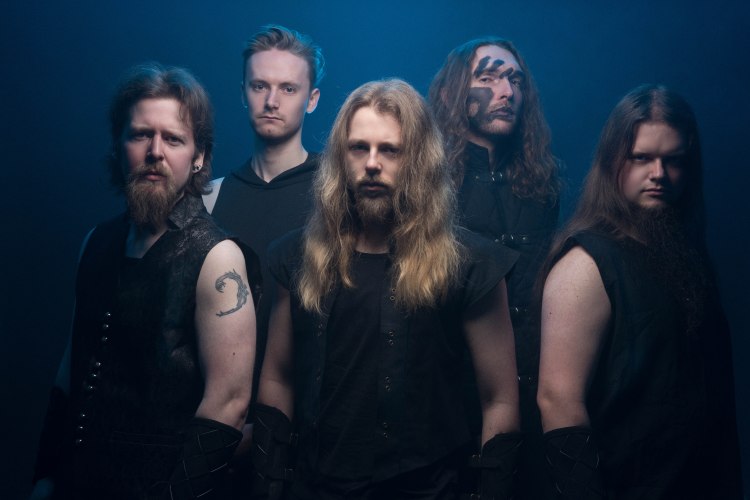 ‘Bring The Metal Back’ begins quietly before launching into a thunderous, wailing and gnashing affair, complete with galloping rhythms and a decidedly heavier, more in-you-face guitar tone. The melodies are utterly infectious and the sounds of battle in the background, such as the drawing of a swords actually makes the fare even more enjoyable. Yes it is a little silly, as is the mid-song quiet break, but it works especially when the immediate aftermath sees some keyboard histrionics alongside the powerful metal fare. Even the aforementioned ‘schoolboy’ moment starts to work in an oddly satisfying way.

There’s a much more 80s hard rock/classic metal approach within ‘Man Of War’. It’s a great track, led by some great riffs and swathes of keys over a pulsing bass in the verses. The lyrics are ludicrous but when the music itself is this disarmingly entertaining, I don’t even care. Naturally any self-respecting power metal band will indulge themselves in a spot of balladry, and Battle Born are no different. Their offering is ‘For Our Home’ and despite being sweeter and sicklier than a vat of candyfloss, it is delivered with complete commitment and panache. The vocals descend into a deeper well at points and they sound a little forced at points. But aside from that niggle, there can be no arguing with the melodic, saccharine composition that begs for an accompaniment of dry ice, a wind machine and epic mountaintop shots. I defy you to not get caught up in those damn melodies. It’s impossible and in spite of yourself, you’ll be smiling in no time.

The final word goes to ‘Sovngarde Awaits’, which is an homage to the Nordic afterlife in Skyrim. It is equal parts muscular trad metal and blistering melodic power metal, creating something rather anthemic in the process. It’s a great way to finish off the all-too-brief EP.

Despite being over in a flash, Battle Born have set out to achieve what I suspect they firmly had in mind: Get in, make a massive impression, and then depart, leaving those who have listened wanting more. After being remarkably sceptical at the outset, I have well and truly fallen for the charms of this EP. I genuinely cannot wait to see what the future holds for this brand new power metal outfit; whatever it is, I’m sure it’ll be a fun and adventurous ride.