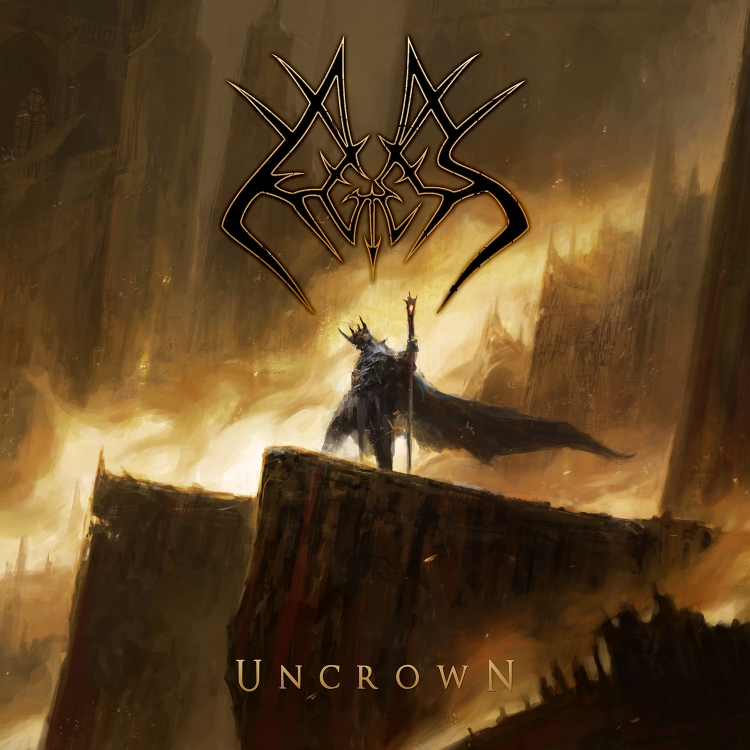 If you think I’d be as obvious as to be swayed by words like ‘melodic black metal’ and ‘Sweden’, you’d be absolutely right. And why wouldn’t I be swayed by such words? Sweden is the home to many of my favourite bands, whilst I have a definite soft-spot for black metal, especially when it is described as being of the ‘melodic’ kind. It therefore seems entirely logical that I am bringing you a review of the sophomore release from Swedish melodic black metal band Ages.

What wasn’t so clear cut was whether this was going to be a positive review. I don’t say that for any other reason than prior to downloading this promo, I was entirely unaware of Ages and the music that they delivered on their 2015 debut, ‘The Malefic Miasma’. So the review could have gone one of two ways. Happily, I can now reveal that the direction I have chosen, having listened to ‘Uncrowned’ for a while, is largely positive.

A little background first though, and Ages is the name given to the band formed in 2011, comprised of Daniel Beckman (aka Eldhrimnir – ex-Evangeli, ex-Magog, ex-Slumber), Andreas Olander (Hvergelmer – ex-Evangeli, ex-Magog, Volturyon), and Brice Leclercq (ex-Dissection). Together, this trio have put together an album of extreme metal that, as far as I’m concerned, is full of intriguing contradictions.

From start to finish, ‘Uncrown’ is a frosty blast of black metal, where the drumming is relentless, the riffs are the cold-sounding fast-picked style prevalent within the genre, and the vocals are snarled mid-range growls. There is even plenty of programming and synths, adding depth, gravitas, variety, and a sense of the epic, not to mention an additional ingredient used to enhance the melodic sensibilities within the nine compositions.

On the other hand, when I listen to ‘Uncrown’, other adjectives that enter my mind are ‘smooth’, ‘serene’, and ‘easy’. I shouldn’t really use these words to describe black metal, but that’s the reality with which I’m faced. I’m sure there are many that will listen to this album and think it is an impenetrable cacophony of sound. But as far as I’m concerned, it feels as if it is one of the ‘easiest’ black metal records I have heard in quite some time. This, of course, can be construed as both positive and negative and I suppose that I view it as such too. 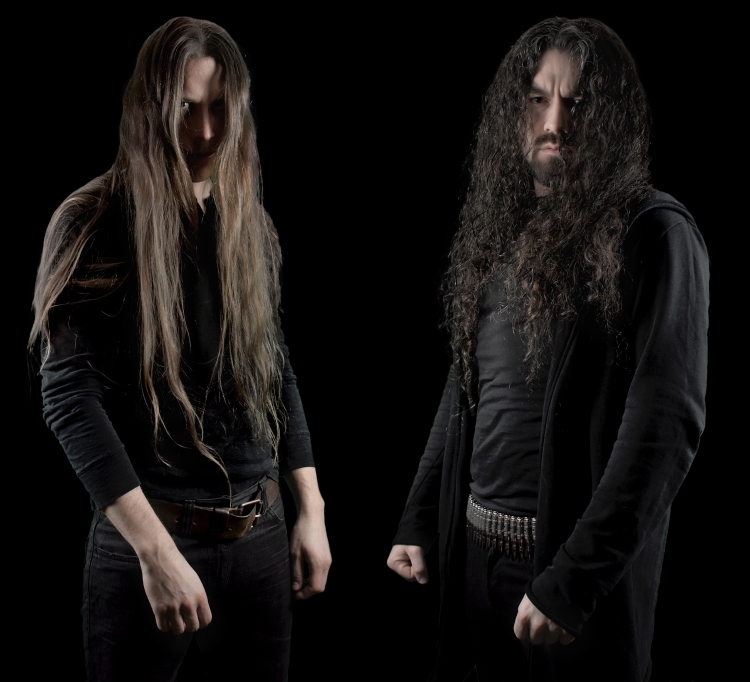 I can’t deny that I would like some of the material to feel a little edgier and grittier. But I also want some of the melodic elements to stand out even more; give me a real shiver down the spine, a ‘sit up and take notice’ section or two. As it is, Ages sits somewhere in between both and I think that’s why I use this ‘smooth’ descriptor. It’s all rather nice, all rather palatable, but lacks bite and a sense of danger almost at either end of the spectrum.

That being said, I do really rather like the music and it is encouraging just how many times I have chosen to listen to it when I have so much choice at the moment, including a couple of records that might end up in my end of year ‘best of’ list. There is an attraction in terms of the effortless feel that this album has about it, and the more you listen, the more you hear when it comes to the orchestration, the subtle embellishments, or even the melodies.

Up first is one of the best tracks on ‘Uncrown’, in the form of ‘Burn Them’. The opening riff is classic black metal and one that gets lodged in your head quite firmly it has to be said. It is that intriguing blend of feeling fast, thanks to the speed of the picking and the burst of blasts from the drums, whilst also spending more time than you think plundering more of a mid-tempo which works well in the grand scheme of the composition.

Other highlights include ‘Illicit State’ thanks to an elegance that is present via the central riff-created melody, serene and majestic in equal part. There’s also a nice groove that is introduced at times to add some variety to the composition. ‘A Hollow Tomb’ on the other hand, begins sedately with acoustic guitars a fundamental ingredient within the quiet intro. But when it opens up into its more metallic guise, it does so with some glorious orchestration, giving it a more theatrical edge. There is room for more acoustic guitars at the halfway mark but we’re soon dealt more urgent black metal with finale that could have been even more rousing than it ends up being. It’s still a stand-out track, nonetheless.

‘Dominionism’ has more of a folk lilt as well as a touch of early Borknagar about it, whilst ‘Undivine’ shines thanks to a bold lead guitar melody, perhaps the most pronounced anywhere on the record and aided by some cinematic touches here and there, including some choral vocal effects towards the end of the song. There’s even a vague Dissection presence within the mid-tempo stomping sections of the title track, whilst a sense of the epic does seep from the pores of ‘The Death Of Kings Of Old’, aided by the introduction of a lone violin to accompany a lovely acoustic-led mid-section.

This is a strange one because ‘Uncrown’ is undeniably a well-crafted and expertly executed record of melodic black metal. I enjoy it and I can appreciate lots of the material on this record. It will be a hit with many extreme metal fans, of that I have little doubt. But, as good as it is, I feel it could have been even better. It sits comfortably somewhere in the middle for me; neither quite raw enough, nor as overtly melodic as I’d like. As such I never quite experience the goosebumps that some albums in this genre have provided over the years. In short, it’s a very good album, just not quite a great one.