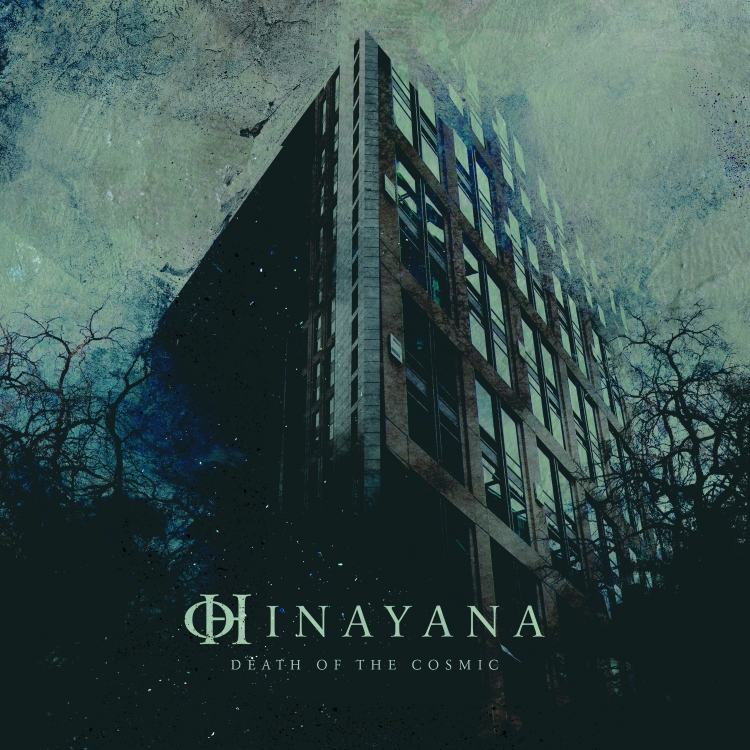 I can bet that there are not many readers of this website who are already familiar with the name Hinayana, despite the band being alive and well since 2014. Naming themselves after the Sanskrit term literally translated to mean the ‘smaller vehicle’ or ‘lesser path’ to enlightenment, this Texas-based melodic death doom metal band have released a demo and a 2018 full-length album, ‘Order Divine’, which drew them to the attention of Napalm Records. ‘Death Of The Cosmic’ is a five-track debut EP for the heavyweight metal label and, based on the content of the music, should raise the band’s profile considerably.

Beginning life as a one-man band at the hands of Casey Hurd, the band has now swollen to become a five-piece that’s now comprised of guitarist/vocalist Hurd, alongside guitarist Erik Shtaygrud, drummer Daniel Vieira, keyboardist Michael Anstice, and basist Matt Bius. Together, theirs is an intriguing and, if I may say, instantly likeable brand of melodic death doom metal that is dark, atmospheric, weighty and satisfyingly heavy.

From the outset, it is clear that the Americans are not in a hurry; the bulk of the material lumbers along at a muscular, churning, slow-mid tempo. There’s a focus on atmospherics, and colossal strength in the riffing and stately, commanding rhythms, not to mention enormous swathes of keys and some simple yet arresting melodies along the way. If anything, even though it is a heavy, bruising record, there’s a serenity to it as well, as if the music coming from the speakers has been effortlessly hewn from ages-old volcanic rock. 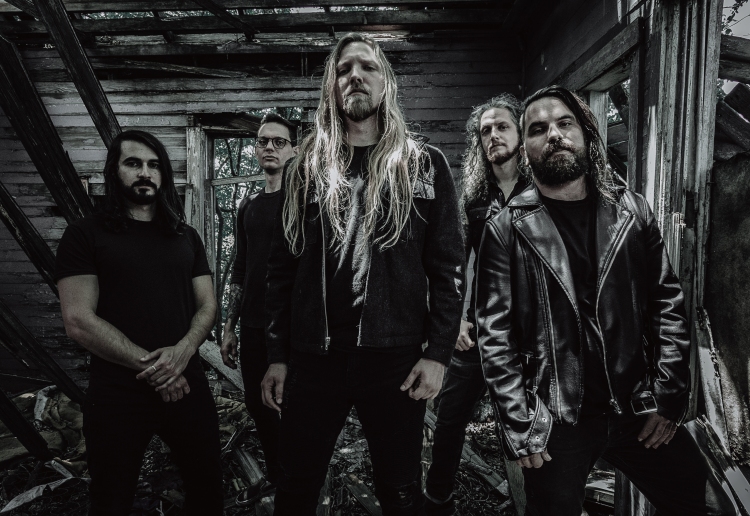 This is immediately underlined by the opening song, the title track. A delicate melody emerges from the layers of atmospheric synths, before erupting into a crushing riff that supplements rather than destroys that initial melody. After the early burst of power comes an acoustic guitar, whispered vocals and a simple drum/bass combo. As the song builds in intensity again, we hear the impossibly deep and gravelly tones of Hurd, before the pace picks up to deliver brief spurts of faster riffs and drum blasts. All the while, the heaviness is wrapped in the warmth of those abundant synths. The acoustic guitar dips in and out of the song, to demonstrate the softer side of the band, whilst a well-placed solo puts the emphasis on death rather than doom to great effect. The more I listen, the better this composition becomes and has me salivating for the remaining four songs.

Having set their stall out in the first five minutes of this EP, Hinayana offer few surprises as ‘Death Of The Cosmic’ develops. That said, the riffs within ‘Cold Conception’ are excellent, as is the appearance of the late Nature Ganganbaigal of Mongolian folk metal band Tengger Cavalry, which adds a haunting quality to the song. And ‘Yet Here I Wait Forever’ is a stunningly beautiful instrumental piece that more than ably demonstrates the softer, more nuanced side of Hinayana. It features some beautiful, ethereal melodies within its delicate framework.

The final two tracks are entitled ‘In Sacred Delusion’ and ‘Pitch Black Noise’ respectively, and they return to that excellent formula of thunderous power and soothing beauty. ‘In Sacred Delusion’ features a guest appearance from Hanging Garden’s Toni Toivonen but the standout element is the melodic intent of the music, making it very hard to not instantly make an impact. In contrast, ‘Pitch Black Noise’ is a crushing composition right from the word ‘go’. The riffs act like molten lava, the bass thunders, the drums pummel and the synths lace the material with an air of calm contemplation to juxtapose the heaviness elsewhere. And yet, for all its menace, melody remains an important facet, seeing out the EP in a memorable manner.

All too quickly, ‘Death Of The Cosmic’ comes to an end. After nearly 24 minutes to be reasonably precise. However, the time has been spent wisely, with each of the five tracks offering something to get immersed within. And, with a mastering job undertaken by Juho Raiha of Swallow The Sun fame, this self-produced release also benefits from a robust and pleasing sound, allowing the strength of the music to come through and not be lost to a weak, underwhelming sound. I really can’t wait to hear what the Hinayana/Napalm Records partnership offers next; I hope it’s a full-length release because this EP has left me wanting more.