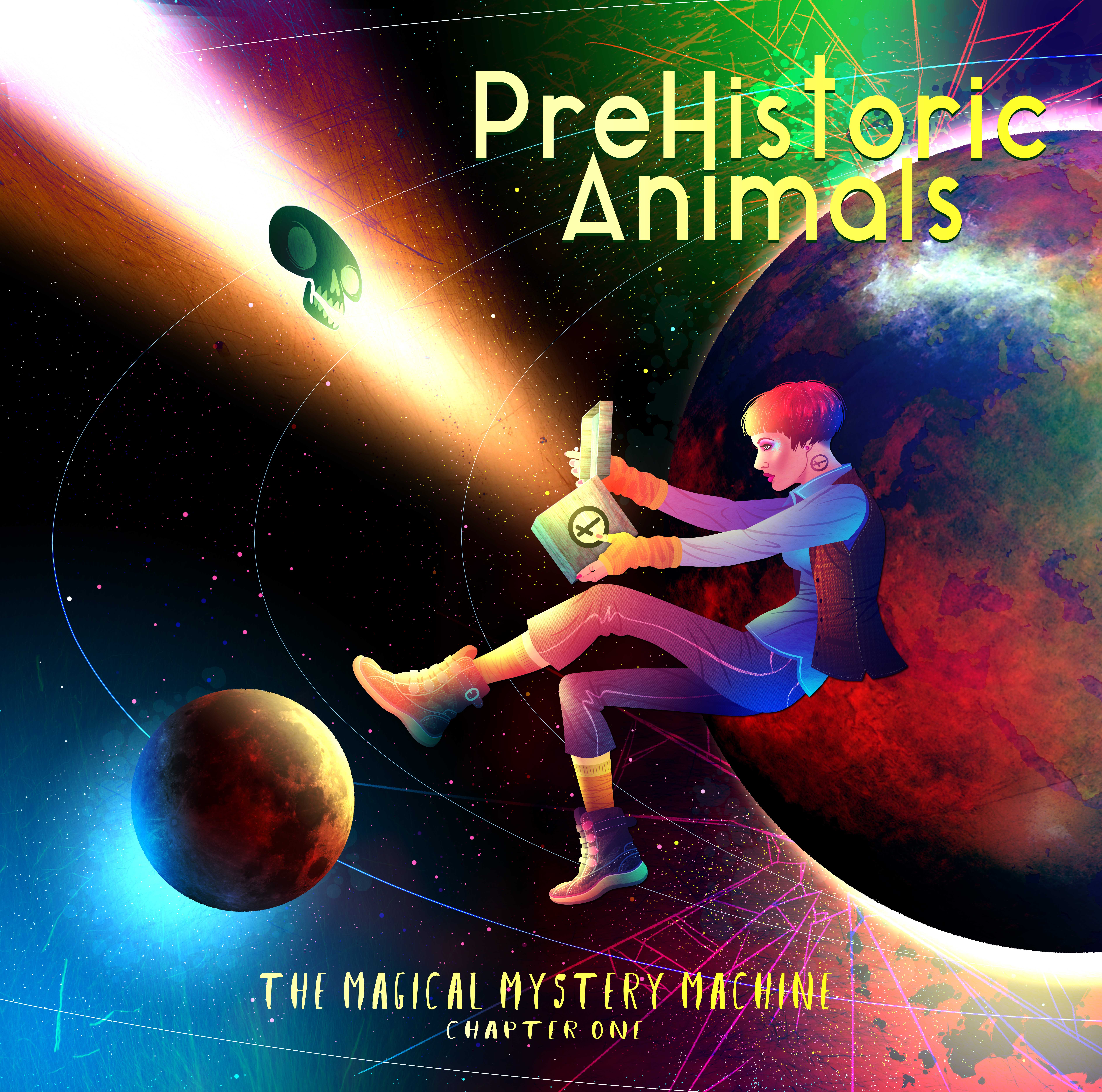 When you get a personal message from a band that you like, asking you to review their new album, it’s not an offer that’s easy to refuse. So I didn’t, and so have been digesting the new album from PreHistoric Animals for a little while in advance of writing this review.

Those that read my review of their previous record, their debut, ‘Consider It A Work Of Art’, will know that I have their performance at 2019’s ProgPower Europe to thank. Prior to this festival, I knew nothing of the Swedish band and their musical output. Now, though, I genuinely feel like I have discovered a special band, one that scratches an itch that I never really knew needed scratching. There is precious little space in the music world for the creation of unique aural ventures, but to their credit, Prehistoric Animals do create something that sounds fresh and interesting, carving their own mini-niche within the rock/metal world.

Well, the band have returned to lift the gloom that prevails for many of us as we struggle to live in a world that’s locked in an almighty battle with an invisible foe. I’m not sure whether it is deliberate, but somewhat incredibly, reality and fiction meet on ‘The Magical Mystery Machine’ (Chapter One)’, a concept album from the ambitious quartet comprised of Samuel Granath (drums and keys), Stefan Altzar (lead vocals, guitars and keys), Daniel Magdic (guitars and vocals), and Noah Magnusson (bass).

In the concept, the main protagonist and her sidekick are the only ones aware that the world is dying, and are promised a place on the ‘new’ Earth. But that’s only if she can collect all of humanity’s good and bad sides, and store then within a mysterious device contained within a box, to take to their new home, elsewhere in the universe.

Whether it’s the pandemic, war, or the threats posed by global warming, the Earth has seen better days and so the parallels are not lost on me, and many others I’m sure. 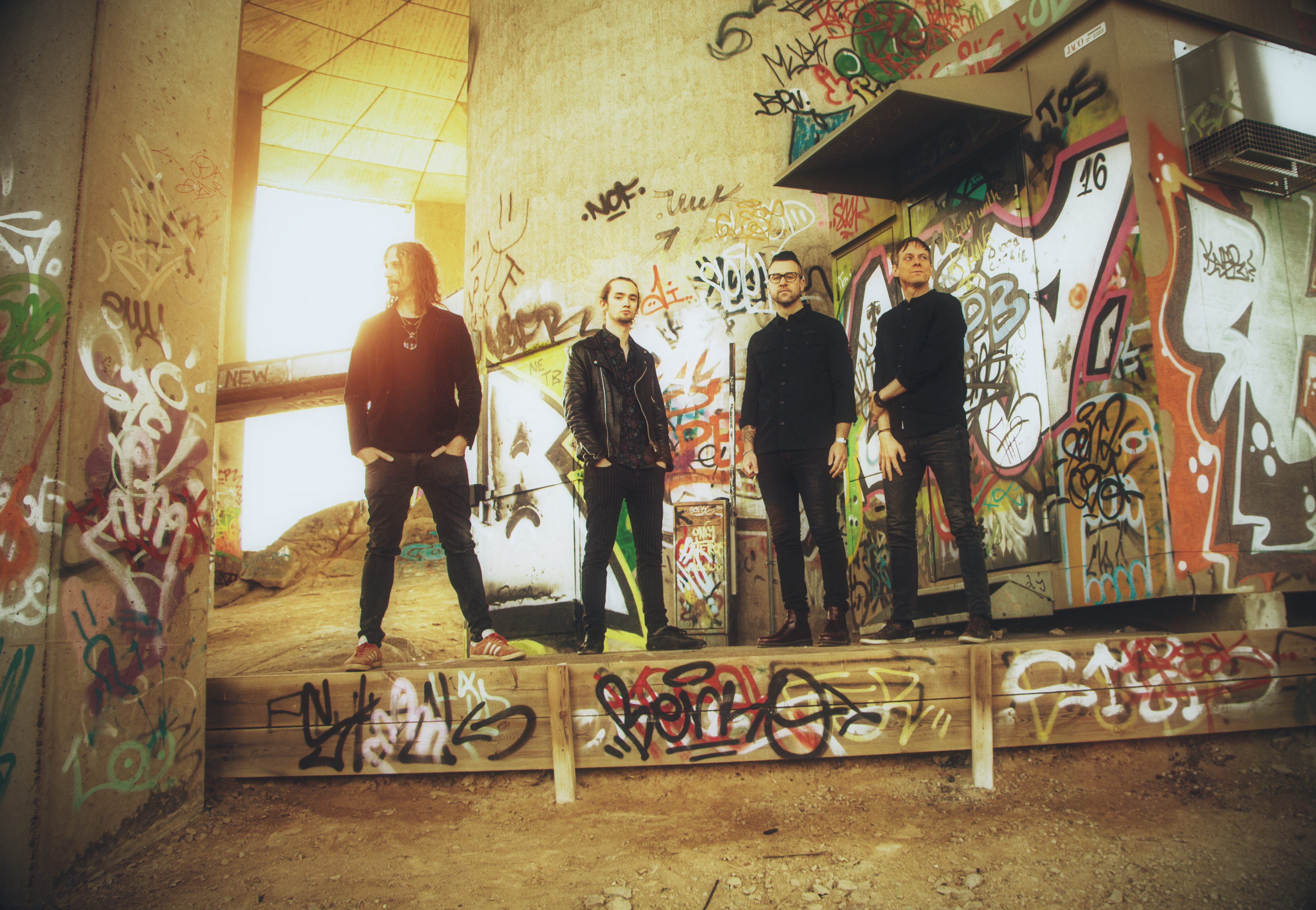 At the heart of the PreHistoric sound, is melody. Pure and simple. And, in the case of ‘The Magical Mystery Machine’, those melodies are utterly sublime; resonant, uplifting for the most part, and thoroughly engrossing. I don’t think there’s a strong argument to say that PreHistoric Animals are a metal band, but they do display some metal tendencies, such as the bruising riff that emerges early on within the opening masterpiece, entitled ‘Floodgate’. Instead, whilst labels can be utterly pointless, I’d refer to them as a progressive rock band with strong influences from AOR, to 80s rock, to pop. The chorus that’s unleashed is one of vibrancy, and is instantly hummable thanks to a killer hook and beautiful singing from Stefan Altzar.

There’s an altogether darker vibe to the title track, that incorporates moments of spoken word embellishments as it takes the listener on a intriguing journey that twists and turns with a deftness, to coincide with the journey undertaken by the character at the heart of the album’s concept.

Whilst all of the seven tracks on this record are worthy of high praise, one of my other favourites has to be the magnificent ‘First We’ll Go To Mars’. It starts with an urgency that then opens into a groovy riff, punctuated by bold electronic sounds, almost psychedelic in approach. The bass/drum-led verse allows Altzar’s vocals to take centre stage nicely and then, everything falls away except atmospheric and emotive synths over which the vocals simply beguile, full of emotion and melodic intent. I’m actually reminded slightly of Subsignal thanks to the chosen melodies and overall delivery; believe me when I say that this is a positive thing. From there, the song reveals yet more huge hooks, albeit to a heavier soundscape. The way the song ebbs and flows from introspective to bold and powerful is captivating and thoroughly addictive. This will almost certainly find its way onto  my ‘individual songs of the year’ list, and rightly so.

‘The Magical Mystery Machine (Chapter One)’ may only feature seven tracks, but there’s a good 45 minutes of music to enjoy, even when one of the tracks is a sub-two-minute acoustic interlude. The closing track, ‘Into Battle (Like My Father)’ extends just beyond the ten minute mark and it is worthy of every one of its 603 seconds. Naturally, more sublime hook-laden melodies feature, but it is also fair to say that this is probably the most ‘progressive’ in terms of its structure, and the way that it flits effortlessly from idea to idea, creating with it moments of intrigue, suspense, darkness and beauty, particularly via the closing crescendo of sorts and reprise of the opening bright, breezy and bouncy guitar-led melody. You cannot fail to have a smile on your face as the final, eloquent and emotive guitar notes of the extended outro gently recede to nothingness.

As you might be able to tell, I really like this record. The music is of an incredibly high standard but in addition, it sounds great thanks to an impressive production. And it looks fabulous too; the artwork by Richard Dearing may not be my normal chosen fare, but there is no doubt that it is striking and in keeping with the album’s concept. In a nutshell then, ‘The Magical Mystery Machine (Chapter One)’ is the full package, and if you enjoy rich, vibrant and intelligent music with more than a hint of originality, then you need look no further than this sophomore release from PreHistoric Animals.